The Egyptian Premier League is an Egyptian professional league for Egyptian football clubs and represents the top flight of Egyptian football. The championship consists of eighteen competing teams in a home and away league system. It is currently known as the Presentation Egyptian Premier League, after the advertising company signed a sponsorship deal with the Egyptian Football Association. The league's highest attendance is 120,000[1] (Al-Ahly vs Zamalek).

There are 18 clubs in the Egyptian Premier League. The Football Season lasts from August to May. During the course of the season, each club plays the others twice, once at their home stadium and once at that of their opponents, for a total of 34 games. Teams receive three points for a win and one point for a draw. No points are awarded for a loss. Teams are ranked by total points, then the direct confrontation,then goal difference, and then goals scored. At the end of each season, the club with the most points is crowned champion . If points are equal,the direct confrontation, the goal difference and then goals scored determine the winner. The three lowest placed teams are relegated into the Division II League, and the top three teams from the three groups into the Division II league, together, are promoted in their place.

The Egyptian Premier League has been sponsored since 2005. The sponsor has been able to determine the league's sponsorship name. The list below details who the sponsors have been and what they called the competition:

All matches are televised on the state-owned channel NileSports as well as ON Sport and DMC Sport.

The five most popular Egyptian clubs are Al Ahly, Zamalek, Ismaily, El-Ittihad and Al-Masry. Also there is a historically significant club named Tersana.

The following 18 clubs are competing in the Egyptian Premier League as of the 2016–17 season. 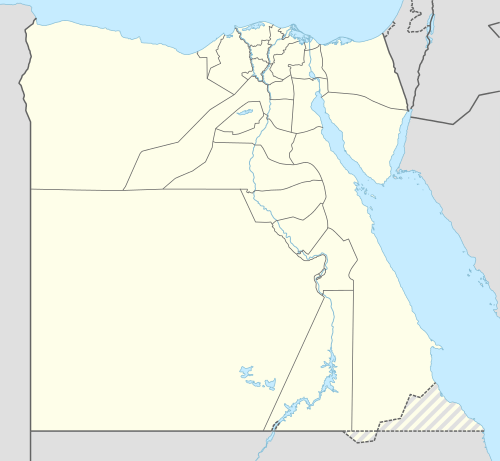 The following table provides a summary of seasons:[2][3]

In Egypt two teams have won the Double of the Egyptian Premier League and the Egypt Cup.