This article is about the body which oversees elections in India. For similar title in other jurisdictions, see Election Commission.

The Election Commission of India is an autonomous constitutional authority responsible for administering election processes in India.The body administers elections to the Lok Sabha, Rajya Sabha, state legislatures, and the offices of the President and Vice President in the country.[1] The Election Commission operates under the authority of Constitution, and subsequently enacted Representation of the People Act. The Commission has the powers under the Constitution, to act in an appropriate manner when the enacted laws make insufficient provisions to deal with a given situation in the conduct of an election.

Functions of The Election Commission

One of the most important features of the democratic polity is elections at regular intervals. Holding periodic free and fair elections are essentials of a democratic system and a part of the basic structure of the Constitution.The Election Commission is regarded as the guardian of elections in the country. In every election, it issues a Model code of Conduct for political parties and candidates to conduct elections in a free and fair manner. The Commission issued the code for the first time in 1971 for the 5th Lok Sabha elections and revised it from time to time. It lays down guidelines for the conduct of political parties and candidates during an election period. However, there have been instances of violation of the code by various political parties with complaints being received for misuse of official machinery by the candidates.The code does not have any specific statutory basis but only a persuasive effect. It contains the rules of electoral morality.However, this lack of statutory backing does not prevent the Commission from enforcing it.

To curb the growing influence of money during elections, the Election Commission has made many suggestions and changes in this regard. The Commission has appointed IRS officers of the Income Tax Department as Election Observers of all elections and has fixed the legal limits on the amount of money which a candidate can spend during election campaigns. These limits have been revised over time. The Election Commission, by appointing observers from the Indian Revenue Service, keeps an eye on the individual account of election expenditure. The commission takes details of the candidate's assets on affidavit at the time of submitting nomination paper, who are also required to give details of their expenditure within 30 days of the declaration of results. The campaign period has also been reduced by the Commission from 21 to 14 days for Lok Sabha and Assembly elections to cut down election expenditure.

The Commission can issue an order for prohibition of publication and disseminating of results of opinion polls or exit polls to prevent influencing the voting trends in the electorate.[7]

The power of superintendence, direction, and control of all elections to the local government bodies vest with the State Election Commissions as envisaged in Article 243K of the Constitution of India. The Constitutional (73rd Amendment) Act, passed in 1992 by the Narasimha Rao government, came into force on April 24, 1993. It was meant to provide constitutional sanction to establish "democracy at the grassroots level as it is at the state level or national level" The State Election Commissioner(SEC) has several unique powers pertaining to the elections to Local Bodies.The SEC chairs the Delimitation Commission which delimits local government constituencies and has full powers to conduct local government elections, including disciplinary powers over staff who are on election duty. The SEC assigns reserved posts and constituencies and can disqualify candidates who do not submit election accounts, those found guilty of defection and elected representative who do not convene the Grama Sabha. 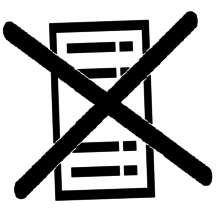 The Election Commission had tried to bring improvements in election procedures by the introduction of Electronic voting machines or EVMs. It was thought that these would reduce malpractices and improve efficiency. It was first tried out on an experimental basis in the state of Kerala for the 1982 Legislative Assembly Elections. After a successful testing and the legal inquires, the Commission took the decision to begin the use of these voting machines.[2] The Election Commission launched a web site of its own on February 28, 1998 in order to provide accurate information, management, administration and instant results of the elections. In an effort to prevent electoral fraud, in 1993, EPICs or Electors Photo Identity Cards were issued, which became mandatory by the 2004 elections. However ration cards have been allowed for election purposes in certain situations.[8] In 1998, the Commission decided on a program for the 'computerization' of the electoral rolls. The introduction of Voter-verified paper audit trail (VVPAT) in eight Lok Sabha constituencies in 2014 Indian General Elections was a big achievement for the Election Commission.[9] This Voter-verified paper audit trail (VVPAT) system was first used with EVMs in a by-poll in September 2013 in Noksen (Assembly Constituency) in Nagaland.[10] and eventually in all elections from September 2013 onwards in various Legislative elections in the country.

In 2014, None of the above or NOTA was also added as an option on the voting machines which is now a mandatory option to be provided in any election.[11][12] The specific symbol for NOTA, a ballot paper with a black cross across it, was introduced on September 18, 2015. The symbol has been designed by National Institute of Design, Ahmedabad.[13][14] With the Bihar Legislative Assembly election, 2015 , the state became the first to have photo electoral rolls, with photographs of the candidates on the EVMs.[15][16]

The Election Commission of India came under severe criticism when an RTI application filed by activist Dr Satendra Singh revealed the commission's ill-preparedness to safeguard electors with disabilities in the 2014 Lok Sabha elections.[17] There were many violations of the Supreme Court order from 2014 to enfranchise persons with disabilities.[18]