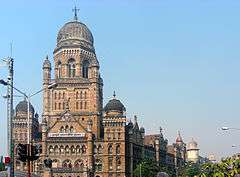 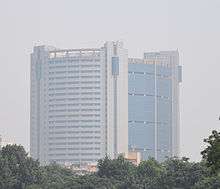 A Municipal Corporation, City Corporation, Mahanagar Palika or Mahanagar Nigam is a local government in India that administers urban areas with a population of more than one million. The growing population and urbanization in various cities of India were in need of a local governing body that can work for providing necessary community services like health care, educational institution, housing, transport etc. by collecting property tax and fixed grant from the State Government.

The 74th Amendment made the provisions relating to urban local governments.[1]

Other names for Municipal Corporations

Municipal Corporations are referred to by different names in different states (due to regional language variations), all of which are translated to "Municipal Corporation" in English. These names include Nagar Nigam (in Delhi, Uttar Pradesh, Uttarakhand, Bihar, Rajasthan, and Haryana), Mahanagar Palika (in Goa, Karnataka, and Maharashtra), Pouro Nigom (in West Bengal),Pur Porishod (in Tripura), and Nagar Palika Nigam (in Madhya Pradesh).

The Vadodara Municipal Corporation is typically called by the name "Vadodara Mahanagar Seva Sadan". The detailed structure of these urban bodies varies from state to state, as per the laws passed by the state legislatures, but the basic structure and function is almost the same. 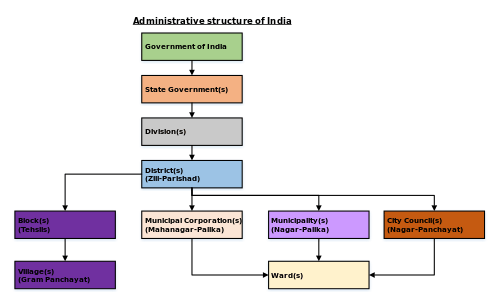 The area administered by a Municipal Corporation is known as a municipal area. Each municipal area is divided into territorial constituencies known as wards. A Municipal Corporation is made up of a Wards Committee. Each ward has one seat on the Wards Committee. Members are elected to the Wards Committee on the basis of adult franchise for a term of five years. These members are known as Councillors or Coporators. The number of wards in a municipal area is determined by the population of the city. Some seats are reserved for Scheduled Castes, Scheduled Tribes, backward classes and women.[1]

A State can choose to constitute additional Committees to carry functions of urban local governance, in addition to the Wards Committees. In addition to the Councillors elected from the wards, the legislature of a state may also choose to make provisions for the representation of persons having special knowledge or experience in municipal administration, the MPs or MLAs representing the constituencies which comprise wholly or partly the municipal area, and/or the Commissioners of additional committees that the State may have constituted. If a State legislature appoints a person from the first category to a Wards Committee, that individual will not have the right to vote in the meetings of the Municipal Corporation, while MPs, MLAs and Commissioners do have the right to vote in meetings.[1]

The largest corporations are in the six metropolitan cities of India, viz. Delhi, Mumbai, Kolkata, Chennai, Bangalore and Hyderabad. The Brihanmumbai Municipal Corporation (BMC) is the richest municipal corporation in India.[2][3]

Executive Officers monitor the implementation of all the programs related to planning and development of the corporation with the coordination of Mayor and Councilors. 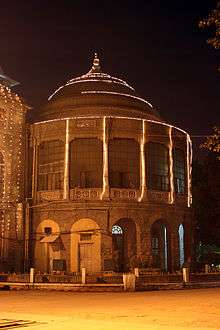 Its sources of income are taxes on water, houses, markets, entertainment and vehicles paid by residents of the town and grants from the state government.