Evolutionary biology is the subfield of biology that studies the evolutionary processes that produced the diversity of life on Earth starting from a single origin of life. These processes include natural selection, the descent of species, and the origin of new species.

The discipline emerged through what Julian Huxley called the modern evolutionary synthesis (of the 1930s) of understanding from several previously unrelated fields of biological research, including genetics, ecology, systematics and palaeontology.

Current research has widened to cover the genetic architecture of adaptation, molecular evolution, and the different forces that contribute to evolution including sexual selection, genetic drift and biogeography. The newer field of evolutionary developmental biology ("evo-devo") investigates how embryonic development is controlled, thus creating a wider synthesis that integrates developmental biology with the fields covered by the earlier evolutionary synthesis.

The study of evolution is the central unifying concept in biology. Biology can be divided in various ways. One way is by the level of biological organisation, from molecular to cell, organism to population. Another way is by taxonomic group, with fields such as zoology (all animals), ornithology (birds), and herpetology (reptiles and amphibians). A third way is by approach, such as field biology, theoretical biology, experimental evolution, and palaeontology. These alternative ways of dividing up the subject can be combined with evolutionary biology to create subfields like evolutionary ecology and evolutionary developmental biology. 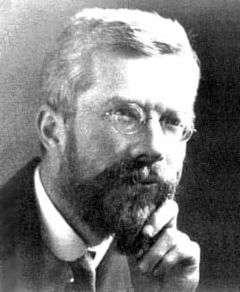 Microbiology too is becoming an evolutionary discipline, now that microbial physiology and genomics are better understood. The quick generation time of bacteria and viruses such as bacteriophages makes it possible to explore evolutionary questions.

Second, biologists ask the most straightforward evolutionary question: "what happened and when?". This includes fields such as palaeobiology, as well as systematics and phylogenetics.

Third, the modern evolutionary synthesis was devised at a time when nobody understood the molecular basis of genes. Today, evolutionary biologists try to determine the genetic architecture of interesting evolutionary phenomena such as adaptation and speciation. They seek answers to questions such as how many genes are involved, how large are the effects of each gene, how interdependent are the effects of different genes, what do the genes do, and what changes happen to them (e.g., point mutations vs. gene duplication or even genome duplication). They try to reconcile the high heritability seen in twin studies with the difficulty in finding which genes are responsible for this heritability using genome-wide association studies.[10]

One challenge in studying genetic architecture is that the classical population genetics that catalysed the modern evolutionary synthesis must be updated to take into account modern molecular knowledge. This requires a great deal of mathematical development to relate DNA sequence data to evolutionary theory as part of a theory of molecular evolution. For example, biologists try to infer which genes have been under strong selection by detecting selective sweeps.[11]

An evolutionary approach is key to much current research in organismal biology and ecology, such as in life history theory. Annotation of genes and their function relies heavily on comparative, i.e., evolutionary, approaches. The field of evolutionary developmental biology ("evo-devo") investigates how developmental processes work, and compares them in different organisms determine how they evolved.

Other journals combine aspects of evolutionary biology with other related fields. For example, Molecular Ecology, Proceedings of the Royal Society of London Series B, The American Naturalist and Theoretical Population Biology have overlap with ecology and other aspects of organismal biology. Overlap with ecology is also prominent in the review journals Trends in Ecology and Evolution and Annual Review of Ecology, Evolution, and Systematics. The journals Genetics and PLoS Genetics overlap with molecular genetics questions that are not obviously evolutionary in nature.