Genroku (元禄) was a Japanese era name (年号,, nengō,, literally "year name") after Jōkyō and before Hōei. This period spanned the years from ninth month of 1688 through third month of 1704.[1] The reigning emperor was Higashiyama-tennō (東山天皇).[2]

The years of Genroku are generally considered to be the Golden Age of the Edo period. The previous hundred years of peace and seclusion in Japan had created relative economic stability. The arts and architecture flourished. There were unanticipated consequences when the shogunate debased the quality of coins as a strategy for financing the appearance of continuing Genroku affluence. This strategic miscalculation caused abrupt inflation. Then, in an effort to solve the ensuing crisis, the bakufu introduced what were called the Kyōhō Reforms.

A sense of optimism is suggested in the era name choice of Genroku (meaning "Original happiness").

Events of the Genroku era 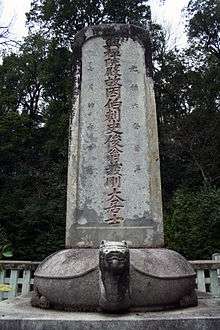 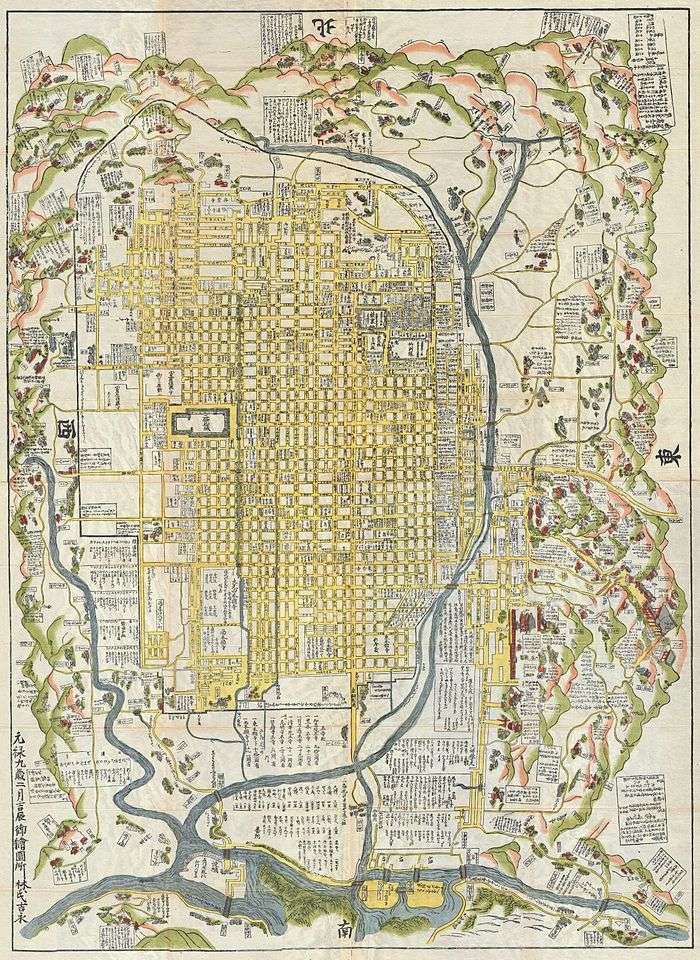 Map of Kyoto and immediate vicinity, circa 1696. Like most early Japanese maps, this map does not have a firm directional orientation, rather all text radiates out from the center.

Prominent figures of the Genroku era