Grez-Doiceau is a Belgian municipality located in the province of Walloon Brabant. On January 1, 2006, Grez-Doiceau had a total population of 12,403. The total area is 55.44 km² which gives a population density of 224 inhabitants per km². Grez-Doiceay is watered by the Train, a tributary of the Dyle. 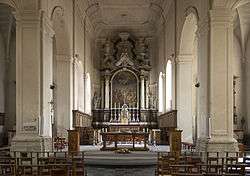