Walhain (Walloon: Walin) is a Walloon municipality of Belgium located in the province of Walloon Brabant. It consists of the former municipalities of Nil-Saint-Vincent-Saint-Martin, Tourinnes-Saint-Lambert and Walhain-Saint-Paul. 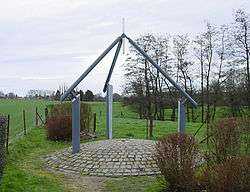 Villages of the municipality

Firstly, they have a semi-professional football club, RFC Wallonia Walhain CG playing in the Promotion D, which is the 4th tier of Belgian football league. They unfortunately couldn't avoid relegation in 2007 after more than 10 years in the third division.

They also have a good volleyball club, with both women's and men's teams playing in the second national division (the first division in Belgium being professional).