Hastière (French pronunciation: ​[as.tjɛʁ]) is a Walloon municipality located in the Belgian province of Namur. On 1 January 2006 the municipality had 5,230 inhabitants. The total area is 56.46 km², giving a population density of 93 inhabitants per km². 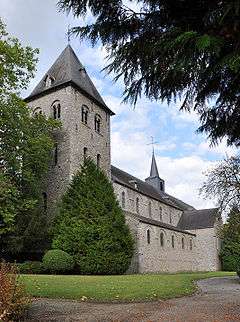