John Jay Homestead State Historic Site is a site in Katonah, New York. The homestead is also known as Bedford House or as John Jay House. It was the home of statesman John Jay, first Chief Justice of the United States.

The site is located on Jay Street (State Route 22), south of the intersection with State Route 137 and Maple Avenue. 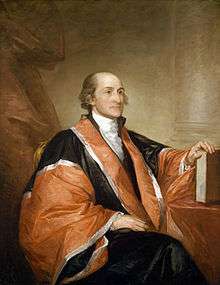