Kapilavastu (Nepali; Pali: Kapilavatthu), formerly Taulihawa, is a municipality and administrative center of Kapilvastu District in Province No. 5 of southern Nepal. It is located roughly 25 kilometres (16 mi) to the south-west of Lumbini, a UNESCO World Heritage Site and the birthplace of Gautama Buddha.[1][2]

The municipality lies at an altitude of 107 metres (351 ft) above sea level[3] on Nepal's southern border across from Khunwa, Uttar Pradesh state, India. There is a customs checkpoint for goods while movement of Indian and Nepalese nationals across the border is unrestricted.

In ancient times Kapilavastu was the capital city of the Shakya kingdom. King Śuddhodana and Queen Māyā are believed to have lived at Kapilavastu, as did their son Prince Siddartha Gautama until he left the palace at the age of 29.[4]

Buddhist sources present Kapila as a well-known Vedic sage whose students built the city of Kapilavastu. Buddhist texts such as the Pāli Canon claim that Kapilavastu was the childhood home of Gautama Buddha, on account of it being the capital of the Shakyas, over whom his father ruled.[4]

The 19th-century search for the historical site of Kapilavastu followed the accounts left by Faxian and later by Xuanzang, who were Chinese Buddhist monks who made early pilgrimages to the site.[5][6][7][8] Some archaeologists have identified the Tilaurakot archeological site as the location for the historical site of Kapilavastu,[9][10] while others claim it was at Piprahwa in the Indian state of Uttar Pradesh.[11][12][13][14] 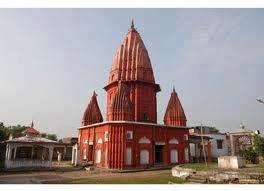 There are many sites of historical interest in or very close to Kapilavastu, including: