It has undergone many transformations as a result of the country's tumultuous history. From 1910 to 1994, it was elected mainly by South Africa's white minority, before the first elections with universal suffrage were held in 1994.

Main article: Parliament of the Cape of Good Hope

The predecessor of the Parliament of South Africa, before the 1910 Union of South Africa, was the bicameral Parliament of the Cape of Good Hope. This was composed of the House of Assembly (the lower house) and the Legislative Council (the upper house). It dated back to the beginnings of Cape independence in 1853, and was elected according to the multi-racial Cape Qualified Franchise system, whereby suffrage qualifications were applied equally to all males, regardless of race.

The buildings of the Cape Parliament went on to house the Parliament of South Africa, after union.[2][3]

When the Union of South Africa was established in 1910,[4] the Parliament was bicameral and consisted of the King or the Queen, the Senate, and the House of Assembly (known in Afrikaans as the Volksraad).

The composition of Parliament was changed by constitutional amendments from time to time:

In a referendum held in 1960, a small majority of the white voters approved the conversion of the country from a Commonwealth Realm (formerly known before 1931 as a dominion) to a republic. 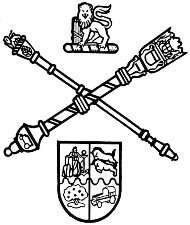 The Republic of South Africa was established in 1961. The only change made to the composition of the Parliament was the substitution of the State President for the Queen.[9] A few significant changes were made later:

A new Constitution, introduced in 1984, re-enfranchised the Coloured population (women as well as men), and enfranchised the Indian population. It retained the existing House of Assembly for whites, and established a House of Representatives to represent the Coloureds, and a House of Delegates for the Indians, making Parliament a tricameral legislature. Blacks continued to be excluded.

The black majority were still disfranchised, and the new system lacked legitimacy even among the Coloureds and Asians, many of whom boycotted elections. In a referendum held in 1992, 68.73% of (only white) voters approved the reform process that effectively ended Apartheid. In late 1993, one of the last pieces of legislation passed by the Tricameral Parliament was the Interim Constitution, which took effect on 27 April 1994, the same day as the first non-racial elections.

A new interim constitution, introduced in 1994 after four years of negotiation, finally introduced all-race democracy and enfranchised men and women of all races on equal terms, the minimum age remaining 18 years. Parliament was reconstituted to consist of a Senate and a National Assembly.

The parliamentary system uses proportional representation, with voters voting for political parties rather than for candidates. Proportional representation allows for smaller parties to have a chance of acquiring seats in parliament, although these parties often combine in order to have a stronger voice within the political system, especially against the ANC. The Independent Electoral Commission is charged with keeping elections fair, regular, and equal. Parties submit closed lists of candidates to the IEC, and the IEC fills the seats allotted to individual parties using the candidate lists after election results come in. The electoral system has seen little corruption since 1994. An average of 30% of Africans have admitted to selling their votes between 2015 and 2016, while only 15% of South Africans have admitted to this.[12]

African National Congress: The ANC was created in 1912, but became the leading political party after the end of apartheid in 1994. Its main platform rests on racial equality and eradicating the socioeconomic classes which are often based on race. The ANC has been considered a party for native South Africans, especially before 2009 when party leader President Zuma faced multiple accusations regarding corruption, particularly using public funds for his own purposes.[13] The economic struggle of South Africa as well as the police brutality have both been blamed on the ANC. Currently the ANC holds 249 seats in parliament. Support for the ANC went down between the 2009 and the 2014 elections, with violent protests erupting all over the country in response to the allegations of corruption within the ANC.

Democratic Alliance: The DA formed when New National Party and Federal alliance joined the Democratic Party in 2000 to form an alliance. The DA is the opposition party and the majority of its supporters are white or of mixed race, although in the past seven years black support of the DA has gone up from 1% to 6%.[14] The DA supports free market and has struggled to evade the racist perception that has surrounded it since its beginning. The DA was allotted 89 seats in parliament after the 2014 general election.

Economic Freedom Fighters: The EFF emerged 8 months before the 2014 general election and took a startling 25 seats in parliament. The EFF is a more radical version of the ANC, lobbying for the supremacy of black South Africans, and for an end to corruption within parliament.

Because the ANC has such a large majority of parliament, smaller parties are constantly forming alliances and coalitions in order to oppose the ANC-run legislative and executive branches.

The chamber of the National Assembly

Parliament sits in Cape Town, even though the seat of government is in Pretoria. This dates back to the foundation of the Union, when there was disagreement among the four provinces as to which city would be the national capital. As a compromise, Cape Town was designated the legislative capital, Bloemfontein the judicial capital, and Pretoria the administrative capital. The African National Congress (ANC) government has proposed moving Parliament to Pretoria, arguing that the present arrangement is cumbersome as ministers, civil servants and diplomats must move back and forth when Parliament is in session.

However, many Capetonians have spoken out against such a move, accusing the ANC of trying to centralise power. Under the Constitution, there is provision for Parliament to sit elsewhere than Cape Town on grounds of public interest, security or convenience and Parliament is permitted to provide in its rules and orders for sittings outside Cape Town. Rule 24 of the National Assembly Rules accordingly allows the Speaker to direct that the House will sit at 'a place other than the Houses of Parliament in Cape Town' after consulting the Leader of the House and the Chief Whip of each party represented in the House. Rule 21 of the rules of the National Council of Provinces allows the Council to pass a resolution providing for it to sit elsewhere.

Parliaments of the Union

Parliaments of the Republic