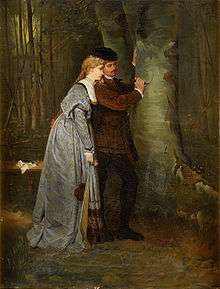 Visual communication is communication through a visual aid and is described as the conveyance of ideas and information in forms that can be read or looked upon. Visual communication in part or whole relies on vision,[1] and is primarily presented or expressed with two dimensional images, it includes: signs, typography, drawing, graphic design, illustration, Industrial Design, Advertising, Animation colour and electronic resources. It also explores the idea that a visual message[2] accompanying text has a greater power to inform, educate, or persuade a person or audience

Visual communication is through visual aid The evaluation of a good visual communication design is mainly based on measuring comprehension by the audience,[3] not on personal aesthetic and/or artistic preference as there are no universally agreed-upon principles of beauty and ugliness. Excluding two dimensional images, there are other ways to express information visually - gestures and body language, animation (digital or analogue), and film. Visual communication by e-mail, a textual medium, is commonly expressed with ASCII art, emoticons, and embedded digital images. 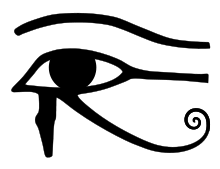 The Eye of Horus

Aldous Huxley is highly regarded as one of the most prominent explorers of visual communication and sight-related theories. Becoming near-blind in his teen years as the result of an illness set the stage for what would make him one of the most intellectual people to have ever explored visual communication. His work includes important novels on the dehumanizing aspects of scientific progress, most famously Brave New World and The Art of Seeing. He described "seeing" as being the sum of sensing, selecting, and perceiving. One of his most famous quotes is "The more you see, the more you know."

Max Wertheimer is said to be the father of Gestalt psychology. Gestalt means form or shape in German, and the study of Gestalt Psychology show emphasis in simplicity, as its properties group visuals by similarity in shape or color and proximity. Looking for continuation, closure, and figure-ground principles in studied images is also intensively taught.

Students studying visual communication[5] are taught the basic physics of light, anatomy and physiology of the eye, cognitive and perception theories, colour theories, Gestalt psychology, aesthetics, natural reading patterns, design principles, semiotics, persuasion, camera/filming actions and image-types, and so forth. Colleges for visual communications differ in their approach, but most combine theory and practice in some form.

Visual communication takes place through pictures, graphs and charts, as well as through signs, signals and symbols. It may be used either independently or as an adjunct to the other methods of communication.

Visual communication contains image aspects. The interpretation of images is subjective and to understand the depth of meaning, or multiple meanings, communicated in an image requires analysis. Images can be analysed though many perspectives, for example these six major perspectives presented by Paul Martin Lester:[6]

When a viewer has an opinion about an image based on their personal thoughts. Personal response depends on the viewer’s thoughts and values individually. This might be sometimes in conflict with cultural values. Also when a viewer has viewed an image with a personal perspective, it is hard to change the view of the image on the viewer, and the image can even be seen in other ways.

An image’s view can be arising from the history of the use media. Through times sort images have been changed, because the use of different (new) media. For example: The result of using the computer to edit images (e.g. Photoshop) is quite different when comparing images that are made and edited by craft.

From this perspective, the maker of the image, the viewer and the image itself must be responsible morally and ethically to the image. This perspective is also categorized in six categories: categorical imperative, utilitarianism, hedonism, golden mean, golden rule and veil of ignorance.

The view of images in the critical perspective is when the viewers criticise the images, but the critics have been made in interests of the society, although an individual makes the critics. This way this perspective differs from the personal perspective.

Visual aids are often used to help audiences of informative and persuasive speeches understand the topic being presented. Visual aids can play a large role in how the audience understands and takes in information that is presented. There are many different types of visual aids that range from handouts to PowerPoints. The type of visual aid a speaker uses depends on their preference and the information they are trying to present. Each type of visual aid has pros and cons that must be evaluated to ensure it will be beneficial to the overall presentation. Before incorporating visual aids into speeches, the speaker should understand that if used incorrectly, the visual will not be an aid, but a distraction.Planning ahead is important when using visual aids. It is necessary to choose a visual aid that is appropriate for the material and audience. The purpose of the visual aid is to enhance the presentation.[7]

Chalkboards and whiteboards are very useful visual aids, particularly when more advanced types of media are unavailable. They are cheap and also allow for much flexibility.[9] The use of chalkboards or whitsaeboards is convenient, but they are not a perfect visual aid. Often, using this medium as an aid can create confusion or boredom. Particularly if a student who is not familiar with how to properly use visual aids attempts to draw on a board while they are speaking, they detract time and attention from their actual speech.[9]

A poster is a very simple and easy visual aid. Posters can display charts, graphs, pictures, or illustrations. The biggest drawback of using a poster as a visual aid is that often a poster can appear unprofessional. Since a poster board paper is relatively flimsy, often the paper will bend or fall over. The best way to present a poster is to hang it up or tape it to a wall.[9]

Handouts can also display charts, graphs, pictures, or illustrations. An important aspect of the use of a handout is that a person can keep a handout with them long after the presentation is over. This can help the person better remember what was discussed. Passing out handouts, however, can be extremely distracting. Once a handout is given out, it might potentially be difficult to bring back your audience’s attention. The person who receives the handout might be tempted to read what is on the paper, which will keep them from listening to what the speaker is saying. If using a handout, the speaker distributes the hand out right before you reference it.[10] Distributing handouts is acceptable in a lecture that is an hour or two, but in a short lecture of five to ten minutes, a handout should not be used.[9]

A video can be a great visual aid and attention grabber, however, a video is not a replacement for an actual speech. There are several potential drawbacks to playing a video during a speech or lecture. First, if a video is playing that includes audio, the speaker will not be able to talk. Also, if the video is very exciting and interesting, it can make what the speaker is saying appear boring and uninteresting. The key to showing a video during a presentation is to make sure to transition smoothly into the video and to only show very short clips.[9]