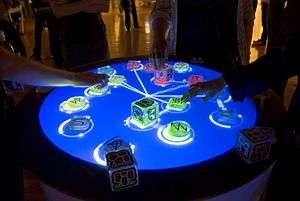 Example of a tangible user interface.

The user interface (UI), in the industrial design field of human–machine interaction, is the space where interactions between humans and machines occur. The goal of this interaction is to allow effective operation and control of the machine from the human end, whilst the machine simultaneously feeds back information that aids the operators' decision-making process. Examples of this broad concept of user interfaces include the interactive aspects of computer operating systems, hand tools, heavy machinery operator controls, and process controls. The design considerations applicable when creating user interfaces are related to or involve such disciplines as ergonomics and psychology.

Generally, the goal of user interface design is to produce a user interface which makes it easy (self-explanatory), efficient, and enjoyable (user-friendly) to operate a machine in the way which produces the desired result. This generally means that the operator needs to provide minimal input to achieve the desired output, and also that the machine minimizes undesired outputs to the human.

With the increased use of personal computers and the relative decline in societal awareness of heavy machinery, the term user interface is generally assumed to mean the graphical user interface, while industrial control panel and machinery control design discussions more commonly refer to human-machine interfaces.

Other terms for user interface are man–machine interface (MMI) and when the machine in question is a computer human–computer interface.

In complex systems, the human–machine interface is typically computerized. The term human–computer interface refers to this kind of system. In the context of computing the term typically extends as well to the software dedicated to control the physical elements used for human-computer interaction.

Tools used for incorporating human factors in the interface design are developed based on knowledge of computer science, such as computer graphics, operating systems, programming languages. Nowadays, we use the expression graphical user interface for human–machine interface on computers, as nearly all of them are now using graphics. 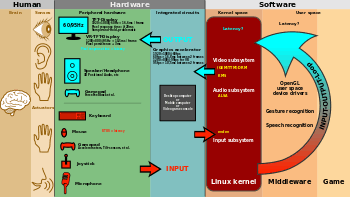 A human–machine interface usually involves peripheral hardware for the INPUT and for the OUTPUT. Often, there is an additional component implemented in software, like e.g. a graphical user interface.

There is a difference between a user interface and an operator interface or a human–machine interface (HMI).

In science fiction, HMI is sometimes used to refer to what is better described as direct neural interface. However, this latter usage is seeing increasing application in the real-life use of (medical) prostheses—the artificial extension that replaces a missing body part (e.g., cochlear implants).[4][5]

In some circumstances, computers might observe the user and react according to their actions without specific commands. A means of tracking parts of the body is required, and sensors noting the position of the head, direction of gaze and so on have been used experimentally. This is particularly relevant to immersive interfaces.[6][7]

In the batch era, computing power was extremely scarce and expensive. User interfaces were rudimentary. Users had to accommodate computers rather than the other way around; user interfaces were considered overhead, and software was designed to keep the processor at maximum utilization with as little overhead as possible.

The input side of the user interfaces for batch machines were mainly punched cards or equivalent media like paper tape. The output side added line printers to these media. With the limited exception of the system operator's console, human beings did not interact with batch machines in real time at all.

Submitting a job to a batch machine involved, first, preparing a deck of punched cards describing a program and a dataset. Punching the program cards wasn't done on the computer itself, but on keypunches, specialized typewriter-like machines that were notoriously balky, unforgiving, and prone to mechanical failure. The software interface was similarly unforgiving, with very strict syntaxes meant to be parsed by the smallest possible compilers and interpreters.

Once the cards were punched, one would drop them in a job queue and wait. Eventually. operators would feed the deck to the computer, perhaps mounting magnetic tapes to supply another dataset or helper software. The job would generate a printout, containing final results or (all too often) an abort notice with an attached error log. Successful runs might also write a result on magnetic tape or generate some data cards to be used in later computation.

The turnaround time for a single job often spanned entire days. If one were very lucky, it might be hours; real-time response was unheard of. But there were worse fates than the card queue; some computers actually required an even more tedious and error-prone process of toggling in programs in binary code using console switches. The very earliest machines actually had to be partly rewired to incorporate program logic into themselves, using devices known as plugboards.

Early batch systems gave the currently running job the entire computer; program decks and tapes had to include what we would now think of as operating system code to talk to I/O devices and do whatever other housekeeping was needed. Midway through the batch period, after 1957, various groups began to experiment with so-called “load-and-go” systems. These used a monitor program which was always resident on the computer. Programs could call the monitor for services. Another function of the monitor was to do better error checking on submitted jobs, catching errors earlier and more intelligently and generating more useful feedback to the users. Thus, monitors represented a first step towards both operating systems and explicitly designed user interfaces. 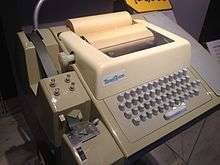 Command-line interfaces (CLIs) evolved from batch monitors connected to the system console. Their interaction model was a series of request-response transactions, with requests expressed as textual commands in a specialized vocabulary. Latency was far lower than for batch systems, dropping from days or hours to seconds. Accordingly, command-line systems allowed the user to change his or her mind about later stages of the transaction in response to real-time or near-real-time feedback on earlier results. Software could be exploratory and interactive in ways not possible before. But these interfaces still placed a relatively heavy mnemonic load on the user, requiring a serious investment of effort and learning time to master.[8]

The earliest command-line systems combined teleprinters with computers, adapting a mature technology that had proven effective for mediating the transfer of information over wires between human beings. Teleprinters had originally been invented as devices for automatic telegraph transmission and reception; they had a history going back to 1902 and had already become well-established in newsrooms and elsewhere by 1920. In reusing them, economy was certainly a consideration, but psychology and the Rule of Least Surprise mattered as well; teleprinters provided a point of interface with the system that was familiar to many engineers and users. 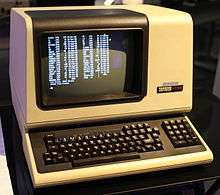 The widespread adoption of video-display terminals (VDTs) in the mid-1970s ushered in the second phase of command-line systems. These cut latency further, because characters could be thrown on the phosphor dots of a screen more quickly than a printer head or carriage can move. They helped quell conservative resistance to interactive programming by cutting ink and paper consumables out of the cost picture, and were to the first TV generation of the late 1950s and 60s even more iconic and comfortable than teleprinters had been to the computer pioneers of the 1940s.

Just as importantly, the existence of an accessible screen — a two-dimensional display of text that could be rapidly and reversibly modified — made it economical for software designers to deploy interfaces that could be described as visual rather than textual. The pioneering applications of this kind were computer games and text editors; close descendants of some of the earliest specimens, such as rogue(6), and vi(1), are still a live part of Unix tradition.

In 1985, with the beginning of Microsoft Windows and other graphical user interfaces, IBM created what is called the Systems Application Architecture (SAA) standard which include the Common User Access (CUA) derivative. CUA successfully created what we know and use today in Windows, and most of the more recent DOS or Windows Console Applications will use that standard as well.

This defined that a pulldown menu system should be at the top of the screen, status bar at the bottom, shortcut keys should stay the same for all common functionality (F2 to Open for example would work in all applications that followed the SAA standard). This greatly helped the speed at which users could learn an application so it caught on quick and became an industry standard.[9] 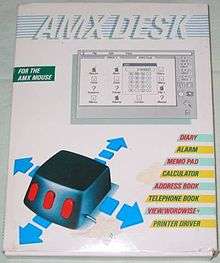 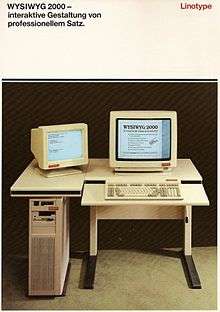 Primary methods used in the interface design include prototyping and simulation.

The principle of least astonishment (POLA) is a general principle in the design of all kinds of interfaces. It is based on the idea that human beings can only pay full attention to one thing at one time,[15] leading to the conclusion that novelty should be minimized. 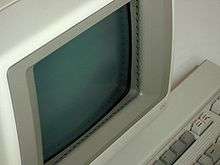