Walter Bradford Cannon (October 19, 1871 – October 1, 1945) was an American physiologist, professor and chairman of the Department of Physiology at Harvard Medical School. He coined the term fight or flight response, and he expanded on Claude Bernard's concept of homeostasis. He popularized his theories in his book The Wisdom of the Body, first published in 1932. A Review of General Psychology survey, published in 2002, ranked Cannon as the 81st most cited scholar of the 20th century in technical psychology journals, introductory psychology textbooks, and survey responses.[2][3]

Cannon was born in Prairie du Chien, Wisconsin on October 19, 1871, the son of Colbert Hanschett Cannon and his wife Wilma Denio.[4]

In his autobiography The Way of an Investigator, Cannon counts himself among the descendents of Jacques de Noyon, a French Canadian explorer and coureur des bois. His Calvinist family was intellectually active, including readings from James Martineau, John Fiske (philosopher), and James Freeman Clarke. Cannon's curiosity also led him to Thomas Henry Huxley, John Tyndall, George Henry Lewes, and William Kingdon Clifford.[5] A high school teacher, Mary Jeannette Newson, became his mentor. "Miss May" Newson motivated and helped him take his academic skills to Harvard University.[6]

In 1896, his first year at Harvard Medical School, he started working in Bowditch's Lab,[7] and in 1900 he received his medical degree.

After graduation, Cannon was hired by Harvard to instruct in the Department of Physiology. He was a close friend of the physicist G. W. Pierce; they founded the Wicht Club with other young instructors for social and professional purposes. In 1906 Cannon became Higginson Professor and chairman of the Department of Physiology at Harvard Medical School, a position he held until 1942. From 1914 to 1916 he was also President of the American Physiological Society.[7]

He was married to Cornelia James Cannon, a best-selling author and feminist reformer. Although not mountaineers, during their honeymoon in Montana the couple were the first, on July 19, 1901, to reach the summit of the unclimbed southwest peak (2657 m or 8716 ft) of Goat Mountain, between Lake McDonald and Logan Pass in what is now Glacier National Park. The peak was subsequently named Mount Cannon by the United States Geological Survey[8] The couple had five children. One son was Dr. Bradford Cannon, a military plastic surgeon and radiation researcher. The daughters are Wilma Cannon Fairbank (Mrs. John K. Fairbank), Linda Cannon Burgess, Helen Cannon Bond and Marian Cannon Schlesinger, a painter and author living in Cambridge, Massachusetts. 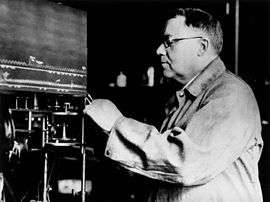 Walter Cannon began his career in science as a Harvard undergraduate in the year 1896. Henry Pickering Bowditch, who had worked with Claude Bernard, directed the laboratory in physiology at Harvard. Here Cannon began his research: he used the newly discovered X rays to study the mechanism of swallowing and the motility of the stomach. He demonstrated deglutition in a goose at the APS meeting in December 1896 and published his first paper on this research in the first issue of the American Journal of Physiology in January 1898.[7]

In 1945 Cannon summarized his career in physiology by describing his focus at different ages:[10]

Use of salts of heavy metals in X-Rays
He was one of the first researchers to mix salts of heavy metals (including bismuth subnitrate, bismuth oxychloride, and barium sulfate) into foodstuffs in order to improve the contrast of X-ray images of the digestive tract. The barium meal is a modern derivative of this research.

Fight or flight
In 1915, he coined the term fight or flight to describe an animal's response to threats in Bodily Changes in Pain, Hunger, Fear and Rage: An Account of Recent Researches into the Function of Emotional Excitement.[11]

Homeostasis
He developed the concept of homeostasis from the earlier idea of Claude Bernard of milieu interieur, and popularized it in his book The Wisdom of the Body,1932. Cannon presented four tentative propositions to describe the general features of homeostasis:

Dry mouth
He put forward the Dry Mouth Hypothesis, stating that people get thirsty because their mouths get dry. He did an experiment on two dogs. He made incisions in their throats and inserted small tubes. Any water swallowed would go through their mouths and out by the tubes, never reaching their stomachs. He found out that these dogs would lap up the same amount of water as control dogs.