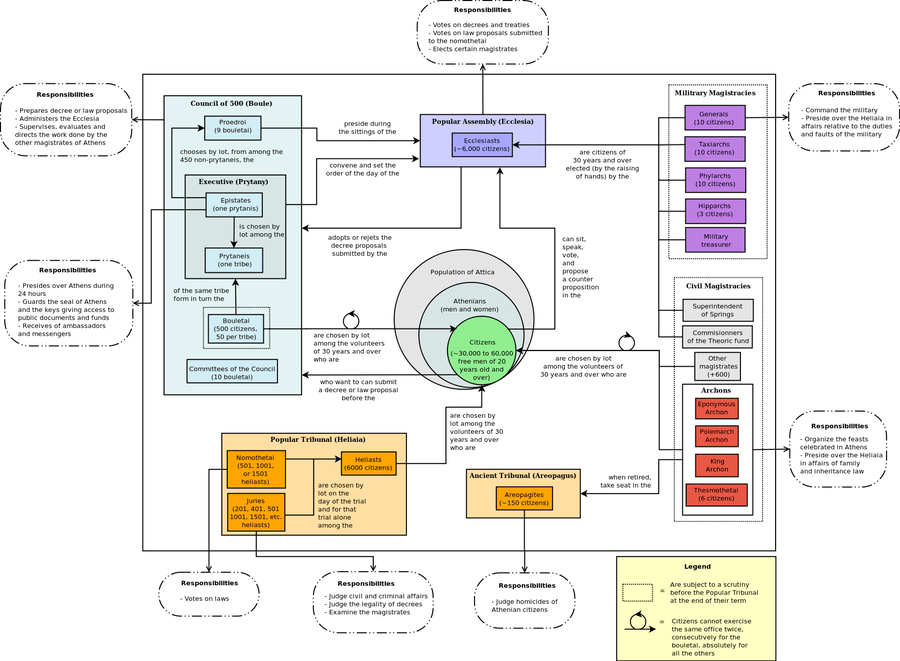 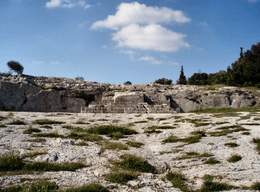 The ekklesia in Athens convened on a hill called the Pnyx

The ecclesia or ekklesia (Greek: ἐκκλησία) was the principal assembly of the democracy of ancient Athens during its "Golden Age" (480–404 BCE). It was the popular assembly, open to all male citizens with 2 years of military service. In 594 BC, Solon allowed all Athenian citizens to participate, regardless of class, even the thetes. The assembly was responsible for declaring war, military strategy and electing the strategoi and other officials. It was responsible for nominating and electing magistrates, thus indirectly electing the members of the Areopagus. It had the final say on legislation and the right to call magistrates to account after their year of office. In the 5th century BC its members numbered about 43,000 people. It would have been difficult, however, for non-wealthy people outside of the urban center of Athens to attend until payments for attendance were introduced in the late 5th century. It originally met once every month, but later it met three or four times per month. The agenda for the ekklesia was established by the Boule, the popular council. Votes were taken by a show of hands,counting of stones and voting using broken pottery.

A quorum of 6,000 members was required sometimes to do business. The ecclesia elected by lot annually the Boule or council. Some of their power under Solon was delegated to the Court by Pericles in his reforms.

A police force of 300 Scythian slaves carried red ochre-stained ropes to induce the citizens who loitered in the agora of Athens to attend the meetings of the assembly. Anyone with red-stained clothes who was not in the meeting was liable to a penalty.[2][3]