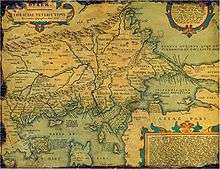 Map of Ancient Thrace made by Abraham Ortelius in 1585

This article lists rulers of Thrace and Dacia, and includes Thracian, Paeonian, Celtic, Dacian, Scythian, Persian or Ancient Greek up to the point of its fall to the Roman empire, with a few figures from Greek mythology. 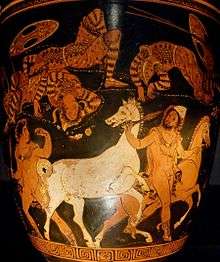 The Persian Empire in 490 BC 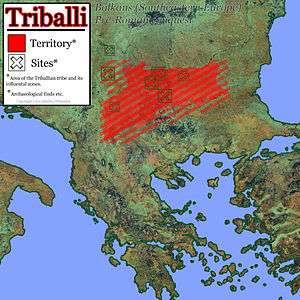 Herodotus called the Getae "the noblest as well as the most just of all the Thracian tribes." 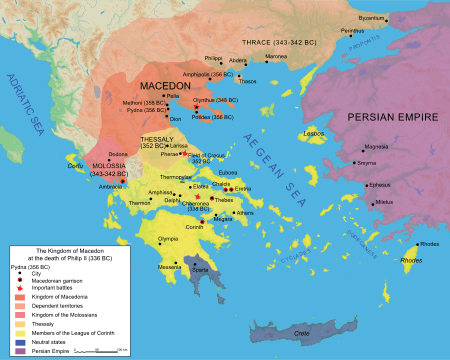 Map of the territory of Philip II of Macedon 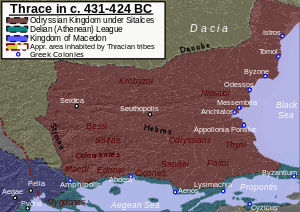 The Odrysian Kingdom under Sitalces 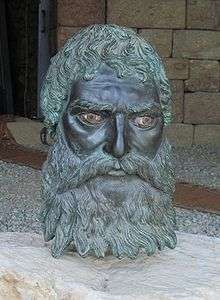 Bronze head of An Ogrysian king, most likely Seuthes III

The list below includes the known Odrysian kings of Thrace, but much of it is conjectural. Various other Thracian kings (some of them perhaps Odrysian like Pleuratus) are included as well.[50] Odrysian kings though called Kings of Thrace never exercised sovereignty over all of Thrace.[51] Control varied according to tribal relationships.[52] Odrysian kings(names are presented in Greek or Latin forms): 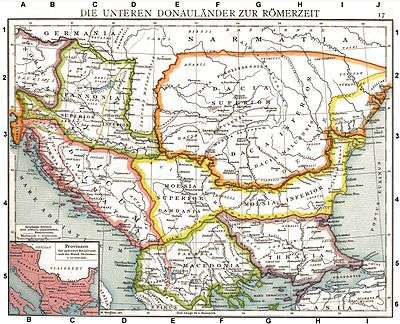 Thrace and Dacia as Roman provinces