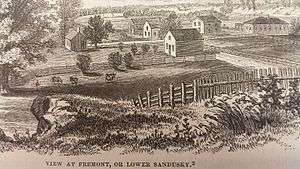 Fremont is a city in and the county seat of Sandusky County, Ohio, United States.[8] The population was 16,734 at the 2010 census. It was the home of Rutherford B. Hayes, who served as President of the United States from 1877 to 1881. The Rutherford B. Hayes Presidential Center remains one of the focal points of Fremont, OH. The National Arbor Day Foundation designated Fremont as a Tree City USA.[9]

The area which is now Fremont was originally a Wyandot village. In the 1750s a French trading post was established there. In 1787 the United States established the Northwest Territory, and in 1803 the southeastern portion of the Territory was admitted to the Union as part of the new state of Ohio. During the early and mid 1800s a few Europeans and African Americans, predominantly runaway slaves, settled in the area, which became known as Lower Sandusky for its location on the Sandusky River. Under the terms of Ohio's admission, Lower Sandusky was defined as Indian Territory, so the non-Wyandot settlements were in direct violation of the Treaty of Greeneville; at one point the United States Army considered removing the settlers by force, but did not carry out the threat.[10] Fort Stephenson was built there during the War of 1812, and the Battle of Fort Stephenson was fought there in August 1813.[11]

In 1821 Lower Sandusky became the county seat of Sandusky County. The town gradually expanded, with primary occupations being shipbuilding, fishing, and agricultural processing. In 1849 the residents changed the name of Lower Sandusky to Fremont, in honor of John C. Frémont.[12] In 1873 future president Rutherford B. Hayes moved into a family home in Fremont called Spiegel Grove. The home is now part of the Rutherford B. Hayes Presidential Center, the first presidential library in the United States (founded in 1916).[10]

There were 6,745 households of which 34.2% had children under the age of 18 living with them, 37.1% were married couples living together, 18.7% had a female householder with no husband present, 5.9% had a male householder with no wife present, and 38.3% were non-families. 32.5% of all households were made up of individuals and 12% had someone living alone who was 65 years of age or older. The average household size was 2.42 and the average family size was 3.04.

There were 6,856 households out of which 33.6% had children under the age of 18 living with them, 42.5% were married couples living together, 16.4% had a female householder with no husband present, and 36.2% were non-families. 30.4% of all households were made up of individuals and 12.8% had someone living alone who was 65 years of age or older. The average household size was 2.46 and the average family size was 3.06.

A Heinz ketchup plant is located in this town and is active. The city was also home to several cutlery companies The Christy Company, Clauss Cutlery Company, Quikut, B.A.P. Manufacturing, and the Ginsu Cutlery Line and Herbrand tools. It was the home to a Pioneer Sugar processing plant until it closed in 1997. 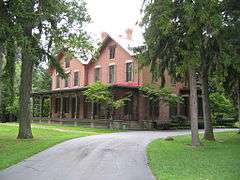 The Rutherford B. Hayes House at Spiegel Grove.

Downtown Fremont is located next to the Sandusky River on Front Street. Front Street is home to many small businesses that include boutiques, gift shops, restaurants, and many other attractions fully listed below. Downtown Fremont, although it has been through many economic ups and downs has been the center point of the city for many years. 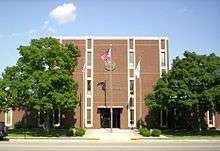 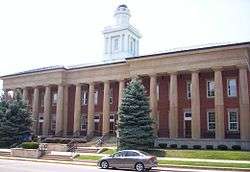 The mayor of Fremont is Danny Sanchez, a Republican.

The Norfolk Southern railroad serves the city. It uses parts of two defunct railroads as spurs to factories.

Two long-distance US routes run through Fremont, U.S. Route 6 and U.S. Route 20. State Routes 12, 19, 53 and 412 also pass through or terminate in the Fremont area. None of these routes actually pass through Fremont. Instead, they are all multiplexed on a bypass of the city, most of which is 4 lanes. The bypass has both grade level crossings and controlled access interchanges. Prior to the completion of the bypass in the late 1950s, all of these routes passed through Fremont. Their former alignments are currently signed as "City Route (number)" with the number being that of the predecessor highway.[19]

The Ohio Turnpike, another long-distance east west route, passes approximately 4 miles north of the city. The Turnpike is signed as Interstates 80 and 90. Exit 91 (originally Exit 6) links the Turnpike to Fremont via State Route 53.