This article is about the ethnic group. For the fictional alien race, see The Chanur novels. 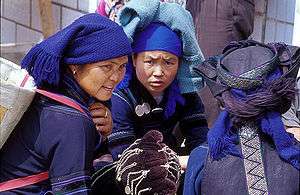 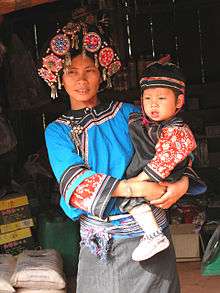 There are 12,500 Hani living in Lai Châu Province and Lào Cai Province of Vietnam. The Ho reside in the mountainous northern regions of Phongsaly Province in Laos, near the Chinese and Vietnamese borders.

Over ninety percent of present-day Hani peoples live in the Province of Yunnan in southern China, located across the Ailao Mountains, between the Mekong River and the Red River (Yuanjiang river).

Subdivisions of Hani autonomous counties within prefecture-level cities, and a prefecture, within Yunnan are:

The origins of the Hani are not precisely known, though their ancestors, the ancient Qiang tribe, are believed to have migrated southward from the Qinghai-Tibetan plateau prior to the third century CE.

The Hani oral traditions state that they are descended from the Yi people, and that they split off as a separate tribe fifty generations ago. One of their oral traditions is the recital of the names of Hani ancestors from the first Hani family down to oneself. 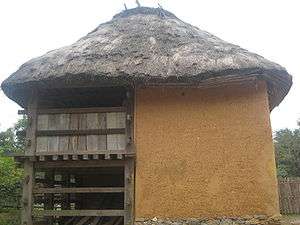 A Hani house in Vietnam.

The traditional clothing of the Hani is made with dark blue fabric. The men dress in short jackets and in long wide pants. They also wear white or black turbans. The women dress depending on which clan they belong to. There is no gender difference in the clothing of children under the age of seven. 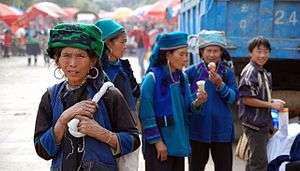 The Hani are polytheists and they profess a special adoration toward the spirits of their ancestors. They are used to practicing rituals to venerate to the different gods and thus to obtain their protection.

The religious hierarchy of the Hani is divided into three main personages: the zuima that directs the main celebrations; the beima, responsible for practicing the exorcisms and the magical rituals; the nima that takes charge of carrying out predictions and to administer the medicinal herbs. This last charge can be performed indistinctly by men and women.

The Hani language spoken by many of the Hani belongs to the Lolo-Burmese branch of the Sino-Tibetan language family. Many Hani speak languages related Lolo-Burmese languages. Oral tradition tells of an ancient written script, tradition says it was lost on the migration from Sichuan. They now use a romanization of the Luchun dialect as a written script.

In Vietnam, communes consisting almost exclusively of ethnic Hani include Sín Thầu, Chúng Chải, Mù Cả, Ka Lăng, Thu Lủm (all in Mường Tè District), Y Tý and A Lù (all in Bát Xát District). The Hani of A Lù had originally come from Jinping County of Yunnan, China, and had later spread from A Lù to the communes of Lao Chải, Nậm Pung, and Ngài Thầu.