There are 249 Talukas (subdivisions of districts) in Gujarat.[2][3] 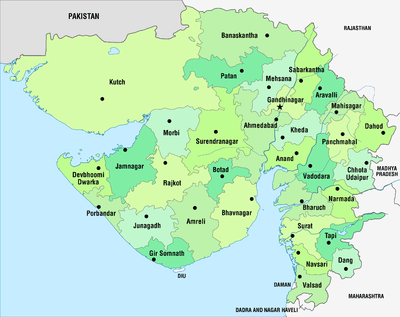 Gujarat state was created on 1 May 1960 out of the 17 northern districts of Bombay State.

In 1964 Gandhinagar was formed from parts of Ahmedabad and Mehsana

In 2000 Patan District was formed from parts of Banaskantha and Mehsana.

Here is the list of districts, organized by division: