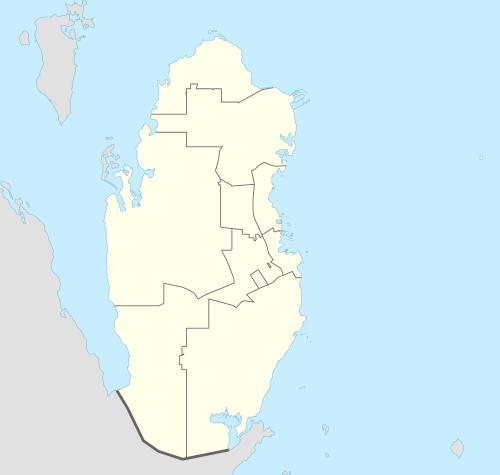 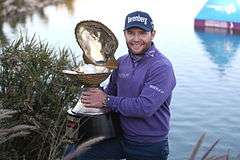 Branden Grace, winner in 2015 and 2016, here posing with the trophy after his second victory.

The Commercial Bank Qatar Masters is a golf tournament held at the Doha Golf Club in Doha, Qatar. The tournament was established in 1998, and is one of three European Tour golf tournaments which are staged in the countries of the Persian Gulf, the others being the Abu Dhabi HSBC Golf Championship and the Omega Dubai Desert Classic. From 2005 to 2007 the tournament was co-sanctioned by the Asian Tour.

The tournament had modest fields in its early years. In 2005, Ernie Els, one of the biggest stars in golf, was the only player in the world top 50 to take part, for which he acknowledged receiving a large appearance fee. After finishing the first round in a tie for 81st place, he surged through the field over the next three days to win the tournament. By 2007, the tournament had one of the strongest fields on the European Tour, with 48 world ranking points for the winner. In 2015, the prize fund was US$2.5 million.

The tournament holds the European Tour record for the fewest number of shots between the halfway leaders (−6) and the cut mark (−1) – five shots in 2004.