The Lyoness Open, is a men's professional golf tournament on the European Tour. It was founded as the Austrian Open in 1990, and was a European Tour event for seven straight years up to 1996, being held under a variety of names due to regular changes of title sponsor. The tournament dropped down to the Challenge Tour schedule between 1997 and 2005, with a sharp reduction in prize money, before returning to the main tour for the 2006 season. In 2012, it was announced that the Austrian shopping community Lyoness and its affiliated Greenfinity foundation would be the title sponsors for three seasons, that is, through 2014.[1][2]

The tournament is held at the Diamond Country Club in Atzenbrugg, Lower Austria, 35 km west of Vienna. 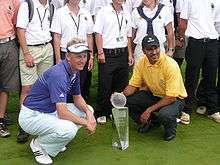 2008 Jeev Milkha Singh from India won (in the yellow shirt) 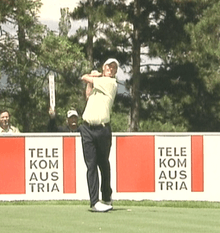 The Australian Richard Green won in 2007 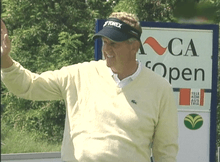 Colin Montgomerie at the Austrian Open 2006 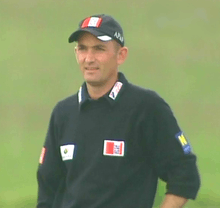