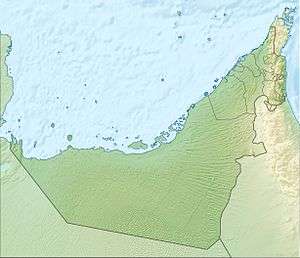 The Abu Dhabi HSBC Golf Championship is a European Tour golf tournament that was staged for the first time in January 2006. It is played at the Abu Dhabi Golf Club in Abu Dhabi in the United Arab Emirates.

Since coming on board as the tournament’s headline sponsor in 2010, HSBC has played a key role in driving the Championship forward. In addition to helping local organiser, Abu Dhabi Tourism & Culture Authority, attract the game’s greatest players to the emirate, the Championship prize fund has grown to US$ 2.7 million during its association with the "World's Local Bank".

This article is issued from Wikipedia - version of the 3/29/2016. The text is available under the Creative Commons Attribution/Share Alike but additional terms may apply for the media files.