Not to be confused with Arizona Eastern Railway.

The San Diego & Arizona Eastern Railway Company (reporting mark SDAE) is a short-line American railroad founded in 1906 as the San Diego & Arizona Railway (SD&A) by sugar heir, developer, and entrepreneur John D. Spreckels. Dubbed "The Impossible Railroad" by many engineers of its day due to the immense logistical challenges involved, the line was established in part to provide San Diego with a direct rail link to the east by connecting with the Southern Pacific Railroad lines in El Centro, California. The SD&A's 146.4-mile (235.61 km) route originates in San Diego, California and terminates in El Centro, California.

The company took over the SD&A's operations in February 1933 after financial troubles led John Spreckels' descendants to sell their interests in the railroad to the Southern Pacific. Through the years natural disasters and vandalism rendered sections of the line unserviceable, and portions of the line have been sold to various interests. 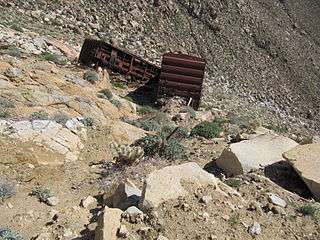 In 1979 the San Diego Metropolitan Transit System bought the SD&AE railway from Southern Pacific to establish the San Diego Trolley, an inter county light rail passenger line. The San Diego Trolley carries over 35 million riders annually. The remaining track into Imperial County is used for freight and was part of the sale condition to MTS by SP.

In December 1985, the Pacific Southwest Railway Museum began operating passenger excursion trains out of their property in Campo, California over the SD&AE. The museum maintains equipment and corporate records of both the SD&A/SD&AE Railways.

As of January 2013, freight operations are conducted by the Pacific Imperial Railroad (PIRR) for the Desert Line and the San Diego and Imperial Valley Railroad (SDIY) for the Blue and Orange lines, including the San Ysidro and San Diego yards.

The San Diego Model Railroad Museum maintains representations of the SD&AE's operations in both HO scale (1:87) and N scale (1:160).