The St. Louis–San Francisco Railway (reporting mark SLSF), also known as the Frisco, was a railroad that operated in the Midwest and South Central U.S. from 1876 to April 17, 1980. At the end of 1970 it operated 4,547 miles (7,318 km) of road on 6,574 miles (10,580 km) miles of track, not including subsidiaries Quanah, Acme and Pacific Railway or the Alabama, Tennessee and Northern Railroad; that year it reported 12,795 million ton-miles of revenue freight and no passengers. It was purchased and absorbed into the Burlington Northern Railroad in 1980.

The St. Louis–San Francisco Railway was incorporated in Missouri on September 7, 1876. It was formed from the Missouri Division and Central Division of the Atlantic and Pacific Railroad. This land grant line was one of two railroads (the other being the M-K-T) authorized to build across Indian Territory. The Atchison, Topeka and Santa Fe Railroad, interested in the A&P right of way across the Mojave Desert to California, took the road over until the larger road went bankrupt in 1893; the receivers retained the western right of way but divested the ATSF of the St. Louis-San Francisco mileage on the great plains. After bankruptcy the Frisco emerged as the St. Louis and San Francisco Railroad, incorporated on June 29, 1896,[2][3] which also went bankrupt. On August 24, 1916 the company was reorganized as the St. Louis–San Francisco Railway, though the line never went west of Texas, terminating more than 1,000 miles (1,600 km) from San Francisco.

The St. Louis–San Francisco Railway had two main lines: St. Louis–Tulsa–Oklahoma City and Kansas City–Memphis–Birmingham. The junction of the two lines was in Springfield, Missouri, home to the company's main shop facility and headquarters. Other lines included:

From March, 1917, through January, 1959, the Frisco, in a joint venture with the Missouri–Kansas–Texas Railroad, operated the Texas Special. This luxurious train, a streamliner from 1947, ran from St. Louis to Dallas, Texas, Ft. Worth, Texas and San Antonio, Texas.

The Frisco merged into the Burlington Northern Railroad on November 21, 1980.

The city of Frisco, Texas was named after the railroad and uses the former railroad's logo as its own logo. The logo is modeled after a stretched-out raccoon skin[4][5] (giving rise to Frisco High School's mascot, the Fighting Raccoons). 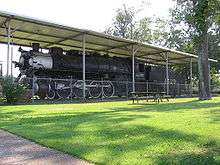 Frisco 1529 is located in Frisco Park in Amory, Mississippi

While the Texas Special was the most famous passenger train the Frisco ever operated, it also rostered an entire fleet of named trains. These included: The core of the former Frisco system continues to be operated by BNSF Railway as high-density mainlines. Other secondary and branchlines have been sold to shortline operators or have been abandoned altogether.

The following companies were predecessors of the Frisco: 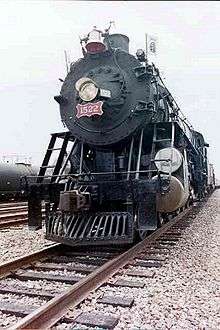 Frisco 1522 has been preserved and restored. In this picture the locomotive is sitting in Arkansas City, Kansas.

The following railroads were acquired or merged into the Frisco:

The following is a list of partial or full asset absorptions, many times through bankruptcy courts or creditors. In some cases the Frisco was a creditor. Assets can include mineral rights, property, track and right of way, trains, bonds, mortgages, etc. 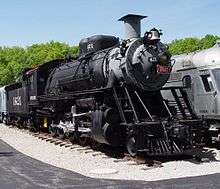 Frisco 1621 on display at the Museum of Transportation outside St. Louis, Missouri