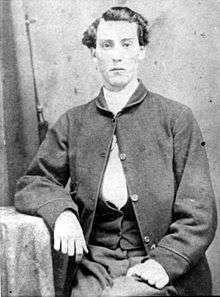 Born in Camden County, Georgia; attended the common schools; studied law; was admitted to the bar about 1851 and commenced practice in Lake City, Columbia County, Florida; judge of the probate court of Columbia County; successfully contested as a Democrat the election of Josiah T. Walls to the Forty-second United States Congress and served from January 29 to March 3, 1873; unsuccessful candidate for reelection in 1872 to the Forty-third United States Congress; member of the Florida State Senate in 1879; carried on extensive farming operations and engaged in the practice of law in Lake City until his death; interment in the Old Cathey Cemetery.