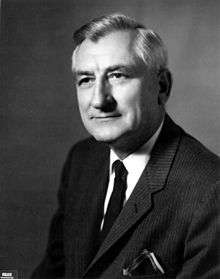 Born in Jacksonville, Alabama, Haley attended the public schools and the University of Alabama. During World War I, Haley enlisted in Troop A, Second Cavalry, in April 1917 and served overseas. He was an accountant in Sarasota, Florida, from 1920 to 1933. He served as general manager of John Ringling estate 1933–1943.

On December 4, 1942, Haley married Aubrey Ringling (née Aubrey Barlow Black), the widow of Richard T. Ringling who had died in 1931. Richard Ringling was the son of one of the original Ringling brothers.

From 1943 to 1945, he was the first vice president of Ringling Circus and president and director of Ringling Brothers, Barnum & Bailey. In 1944, a fire broke out at a Ringling Circus show in Hartford, Connecticut that killed 169 persons. As a result of the fire he and five other circus officials pleaded no contest to charges of involuntary manslaughter and were sentenced to prison. He served eight months and in 1945 was returned to Florida, where he received a pardon from Governor Millard F. Caldwell.

Haley worked for the Bailey Circus of Sarasota from 1946 to 1948. He engaged in newspaper publishing and later in general printing business. He served as chairman of the Democratic executive committee of Sarasota County 1935–1952. He served as member of the Florida House of Representatives from 1949 to 1952. He was a delegate in 1952, 1956, and 1960 to all three Democratic National Conventions.

Haley was elected as a Democrat to the Eighty-third and to the eleven succeeding Congresses (January 3, 1953 – January 3, 1977). He served as chairman of the Committee on Interior and Insular Affairs (Ninety-third and Ninety-fourth Congresses). In the high-profile 1970 election for the United States Senate from Florida to choose a successor to Spessard L. Holland, Haley strongly supported his fellow Democrat Lawton Chiles, a state senator from Lakeland, who scored an easy victory over the Republican nominee, William C. Cramer of St. Petersburg. Haley called Cramer "little in stature and big in mouth" and suggested that the Republican candidate should "talk less and work more."[1]

Haley was not a candidate for reelection to the Ninety-fifth Congress in 1976.

Haley died in Sarasota on August 6, 1981 and was interred in Boca Raton Cemetery in Boca Raton. The James A. Haley Veterans Hospital located in Tampa is named for him.