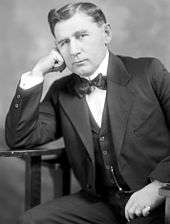 Born in Smithville, Georgia, Sears moved with his parents to Ellaville, Georgia, and thence to Kissimmee, Florida, in January 1881. He attended the public schools. He was graduated from Florida State College at Lake City in 1895 and from Mercer University, Macon, Georgia, in 1896. He studied law. He was admitted to the bar in 1905 and commenced practice in Kissimmee, Florida. He served as mayor of Kissimmee 1907-1911. Superintendent of public instruction of Osceola County 1905-1915.

Sears was elected as a Democrat to the Sixty-fourth and to the six succeeding Congresses (March 4, 1915 – March 3, 1929). He served as chairman of the Committee on Education (Sixty-fifth Congress). He was an unsuccessful candidate for renomination in 1928. He resumed the practice of his legal profession at Kissimmee, Florida. He moved to Jacksonville, Florida, and continued the practice of law.

Sears was elected to the Seventy-third and Seventy-fourth Congresses (March 4, 1933 – January 3, 1937). He was an unsuccessful candidate for renomination in 1936. He served as associate member of the Board of Veterans' Appeals of the Veterans' Administration in Washington, D.C., from 1937 until his retirement in October 1942. He died in Kissimmee, Florida, March 30, 1944. He was interred in Rose Hill Cemetery.