Gus Michael Bilirakis (born February 8, 1963) is the U.S. Representative for Florida's 12th congressional district, serving since January 2007. He is a member of the Republican Party. The district, numbered as the 9th district from 2007 to 2013, includes much of the northern portion of the Tampa Bay Area. He has also served in the Florida House of Representatives.[1]

Bilirakis was born in Gainesville, Florida and grew up in Tarpon Springs, Florida, the son of Evelyn (Miaoulis) and Michael Bilirakis.[2] He calls nearby Palm Harbor home. He is the grandson of Greek immigrants. His grandfather owned a local bakery where Bilirakis worked from a young age. He attended Tampa Bay area public schools and continued to work in his grandfather's bakery while growing up.

Bilirakis graduated from Tarpon Springs High School and St. Petersburg Junior College. He then attended the University of Florida, where he graduated in 1986 with a bachelor's degree in political science. He received his law degree from the Stetson University College of Law in 1989.

Bilirakis has a Tampa Bay area law practice, the Bilirakis Law Group, specializing in probate and estate planning, which he took over from his father, Michael Bilirakis. His father served in Congress from 1983 to 2007, and Gus helped run his campaigns.

Bilirakis was first elected to the Florida House of Representatives in 1998 when he won the District 48 seat held for 10 years by Representative Sandy Safley, R-Clearwater, who decided not to run again. This district covers most of north Pinellas County, part of Pasco County, and part of Hillsborough County.

During his tenure in Tallahassee (1998–2006), he chaired several prominent panels including Crime Prevention, Public Safety Appropriations, and the Economic Development, Trade, & Banking Committee.

In 2006, Michael Bilirakis announced his retirement after 24 years in Congress, and Gus Bilirakis immediately jumped into the race to succeed his father in what was then the 9th District. He defeated Hillsborough County Commissioner Phyllis Busansky in the general election with 55 percent of the vote to become the district's second representative. He has been reelected three more times with no substantive opposition. 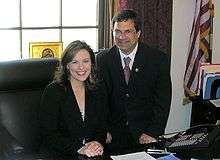 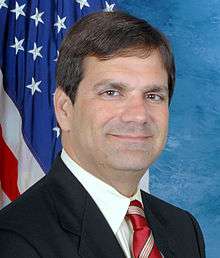 Bilirakis has led efforts to enhance the United States' visa screening capabilities and has played a key role in efforts to strengthen America’s borders; most notably passing legislation to enhance the collection of biometric information from migrants captured at sea who are seeking illegal entry to the United States. He successfully placed legislative initiatives in the 9/11 recommendations bill that was signed into law to increase America's rail and public transportation security.

Bilirakis is also a leading sponsor of legislation to create a nationwide Silver Alert program. He is a signer of the Taxpayer Protection Pledge[4]

In 2010 Bilirakis signed a pledge sponsored by Americans for Prosperity promising to vote against any Global Warming legislation that would raise taxes.[5]

On September 29, 2008, Bilirakis voted against the Emergency Economic Stabilization Act of 2008.[6]

In 2014, Bilirakis had a cameo as a job applicant in the feature film Walt Before Mickey starring Thomas Ian Nicholas, Jon Heder, and Armando Gutierrez.[9]