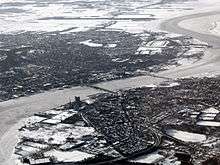 Vendsyssel neighbours Hanherred to the southwest and Himmerland to the south, across the Limfjord. Whether the island Læsø is also a part of Vendsyssel, is a matter of definition. The major towns of Vendsyssel are Hjørring, Frederikshavn, Brønderslev, Sæby, Hirtshals, Løkken, Nørresundby and, on its northern tip, Skagen. The dominating city is, however, Aalborg which is mainly situated outside Vendsyssel on the southern shore of the Limfjord with Nørresundby as a secondary, northern centre.

Adam of Bremen (ca. 1075) calls Vendsyssel Wendila, Ælnoth (ca. 1100) calls it Wendel, the Icelandic literature Vendill. Derived from this is the ethnic name wændlar, Danish vendelboer, which is part of the name of the syssel. In the Danish Census Book (Kong Valdemars Jordebog, ca. 1231) Wændlesysæl, Wendelsysel, Wændil. Presumably originally the name of the Limfjord, then name of the region north of it.

According to historians and linguists, the name Vendsyssel may be derived from the Germanic tribe of the Vandals. Syssel is an ancient form of administrative region. Vendel (Old Danish Wændil) was also the ancient name of the Limfjord itself. 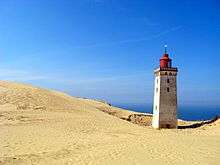 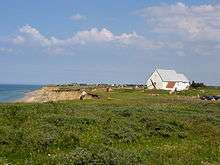 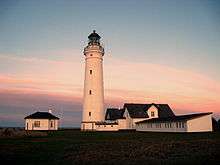 The largest classical music festival in Scandinavia is the Vendsyssel Festival in the summer.[1]

Vendsyssel is an important gatehead for transport from the European continent to Norway and Western Sweden. The European routes E39 and E45 cross the area as motorways. National route 11 connects Vendsyssel with Hanherred and Thy before crossing the Limfjord to western Jutland on the Oddesund Bridge. Danish national road 40 also passes through Vendsyssel.

Vendsyssel is linked to mainland Jutland by bridges and a tunnel:

To the island of Læsø:

To the Faroe Islands: