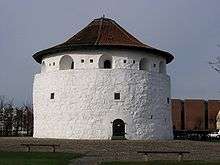 Frederikshavn is a Danish town in Frederikshavn municipality, Region Nordjylland, on the northeast coast of the Jutland peninsula in northern Denmark. Its name translates to "Frederik's harbour". It was originally named Fladstrand.

The town has a population of 23,156 (1 January 2014),[1] and is an important traffic portal with its ferry connections to Sweden and Norway. The town is well known for fishing, and its fishing and industrial harbours. The Danish term "frederikshavner" (lit. "Someone from Frederikshavn") is used to denote a quality plaice, probably the most popular fish eaten in Denmark.

Frederikshavn's oldest building, Fiskerklyngen, is originally from the mid-16th century, but the houses now there are from 18th–19th centuries.

Frederikshavn was originally called Fladstrand (lit. "Flat beach"), until 1818 when it received status as a merchant town under the name of Frederikshavn, after King Frederik VI.

Due to its advantageous proximity to the entrance to the Baltic Sea, Frederikshavn has historically been a naval base of some strategic importance. Peter Tordenskjold barricaded himself here in the fortress that German troops had already built in the 17th century. During the Great Northern War the Battle of Fladstrand was fought in the nearby sea between Swedish and Danish naval forces.

The only old military installations remaining to this day are the Gunpowder Tower (Krudttårnet), constructed in 1688, and the Northern Entrenchment (Nordre Skanse). The Gunpowder Tower has been preserved, and is incorporated in the municipality's coat-of-arms.

A view over Frederikshavn

The town has a number of harbours/marinas (listed in order from north to south):

Ferry service connects the town of Frederikshavn to the city of Oslo in Norway, Göteborg, in Sweden and to Læsø.

Companies in the area include MAN/BW Alpha, Martin, and the Navy Base Frederikshavn (Flådestation Frederikshavn), which is the home location for the training ship Danmark, the national icebreakers, and the royal yacht Dannebrog.

Frederikshavn, like the rest of North Jutland, was hit with hard unemployment. The town's largest workplace, the shipyard Danyard, closed in the late 1990s. This resulted in more than 2,000 workers being unemployed. Today there is still activity at the large ship building area, with many small companies renting space there. In summer 2008, the unemployment rate, like the rest of Denmark, fell to a minimum low record of approximately 2%.

As with many provincial municipalities around the world, some of its young people leave to large urban cities. However, the municipality is currently engaged in many innovative projects which are attracting tourists and aim to retain population.

Frederikshavn is currently beginning a transition to make it the first medium-sized city/large town in the world to rely exclusively on renewable energy resources for power, including transportation and cars. The process is expected to be completed by 2015.[2] 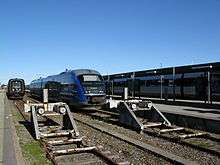