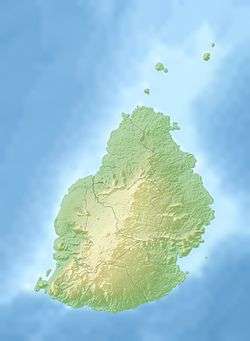 The AfrAsia Bank Mauritius Open is a men's professional golf tournament, co-sanctioned by the European Tour, Sunshine Tour, and Asian Tour. It began in 2015 and was played in Bel-Ombre, Mauritius, at Heritage Golf Club.[1]The tournament is not to be confused for the now-defunct Mauritius Open.

In the second round of the inaugural tournament in 2015, Spain's Javier Colomo made a hole-in-one the par-4 9th hole, the first par four ace in the history of all three co-sanctioning tours. It was his final hole of the day, and he had needed birdie or better to make the cut.[2]