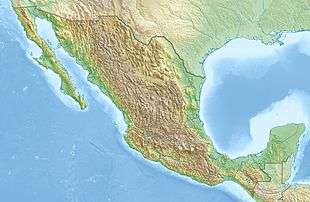 The WGC - Mexico Championship is a professional golf tournament, one of the four annual World Golf Championships. It is sanctioned and organized by the International Federation of PGA Tours and the prize money is official money on both the PGA Tour and the European Tour. From 1999 through 2006, it was known as the WGC-American Express Championship. In 1999 and 2000 it was held in November, before moving to September/October. Since the start of the FedEx Cup in 2007, the event has been played in March. From 2007 to 2010, it was known as the WGC-CA Championship. After the 2010 event, CA Inc. announced the termination of their sponsorship of the tournament.[1] It was announced on November 29, 2010 that Cadillac would be the new sponsor in a multi-year sponsorship deal beginning in 2011.[2]

During its first eight years, the event was played at different locations in the United States and Europe. From 2007 through 2016, it has been played annually on the Blue Monster course, which was recently renovated as part of the Trump National Doral multimillion-dollar resort transformation in Doral, Florida. Doral was previously the site of the Ford Championship at Doral, a regular stop on the PGA Tour in March for 45 consecutive years (1962–2006). However, due to the WGC records taking precedence over PGA Tour records, technically the Cadillac Championship succeeded the American Express event, not the Ford Championship.

In December 2015, the PGA Tour stated that it was considering moving the tournament to a different location in 2017, due in part to controversy surrounding comments made by Trump National Doral operator Donald Trump during his presidential campaign.[3] On June 1, 2016, the Tour announced that Doral would no longer host the tournament, and that it will be moved to a course in Mexico City for 2017.[4]

The Cadillac Championship is played over 72 holes in the stroke play format. Since 2010 the qualification criteria have been:[5]

The field consists of approximately 70 eligible players, half that (144 to 156 players) for most regular PGA Tour events. Because of the limited field, there is no 36-hole cut.

From 2007 to 2009 the qualification criteria were similar:

*Note – The 2001 tournament, scheduled to be played from September 13 to 16 at Bellerive Country Club, was canceled following the September 11, 2001 terrorist attacks.[6]The concurrent alternate event, the Tampa Bay Classic, was canceled as well.The 2001 Ryder Cup, scheduled for late September in England, was postponed until 2002.