The Central Japan Railway Company (東海旅客鉄道株式会社, Tōkai Ryokaku Tetsudō Kabushiki-gaisha) is the main railway company operating in the Chūbu (Nagoya) region of central Japan. It is officially abbreviated in English as JR Central and in Japanese as JR Tōkai (JR東海). Its headquarters are located in the JR Central Towers in Nakamura-ku, Nagoya, Aichi Prefecture.[6]

The company's operational hub is Nagoya Station. The busiest railway line it operates is the Tōkaidō Main Line between Atami Station and Maibara Station. JR Central also operates the Tōkaidō Shinkansen between Tokyo Station and Shin-Ōsaka Station. Additionally it is responsible for the Chūō Shinkansen—a proposed maglev service between Tokyo Station (or Shinagawa Station) and Ōsaka Station (or Shin-Ōsaka Station), of which a short demonstration section has been built. Currently, the company is conducting demonstrations of its shinkansen to railway officials from different countries in the effort to market bullet train technology overseas.[7]

The JR Central Group consists of JR Central and the following affiliates: 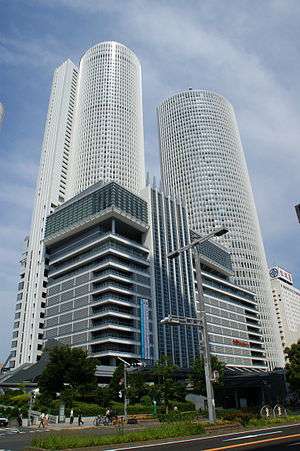