Dambulla (Sinhalese: දඹුල්ල Dam̆bulla, Tamil: தம்புள்ளை Tampuḷḷai) is a large town, situated in the Matale District, Central Province of Sri Lanka, situated 148 km (92 mi) north-east of Colombo and 72 km (45 mi) north of Kandy. Due to its location at a major junction, it's the centre of vegetable distribution in the country.

Major attractions of the area include the largest and best preserved cave temple complex of Sri Lanka, and the Rangiri Dambulla International Stadium, famous for being built in just 167 days. The area also boasts the largest rose quartz mountain range in South Asia, and the Iron wood forest, or Na Uyana Aranya.

Ibbankatuwa prehistoric burial site near Dambulla cave temple complexes is the latest archaeological site of significant historical importance found in Dambulla, which is located within 3 km (1.9 mi) of the cave temples providing evidence of the presence of indigenous civilisations long before the arrival of Indian influence on the Island nation.

The area is thought to be inhabited from as early as the 7th to 3rd century BC. Statues and paintings in these caves date back to the 1st century BC. But the paintings and statues were repaired and repainted in the 11th, 12th, and 18th century AD. The caves in the city provided refuge to King Valagamba (also called Vattagamini Abhaya) in his 14-year-long exile from the Anuradapura kingdom. Buddhist monks meditating in the caves of Dambulla at that time provided the exiled king protection from his enemies. When King Valagamba returned to the throne at Anuradapura kingdom in the 1st century BC, he had a magnificent rock temple built at Dambulla in gratitude to the monks in Dambulla.

At the Ibbankatuwa Prehistoric burial site near Dhambulla, prehistoric (2700 years old) human skeletons were found on scientific analysis to give evidence of civilisations in this area long before the arrival of Buddhism in Sri Lanka. Evidence of ancient people living on agriculture have been detected in this area for over 2700 years according to archaeological findings. (750 BC)

It was earlier known as Dhamballai. This was ruled by Kings like Raja Raja Chola, Rajendra Chola, etc. during their tenure in the late 10th century and early 11th century.

It is the largest and best preserved cave temple complex in Sri Lanka. The rock towers 160 m (520 ft) over the surrounding plains.There are more than 80 documented caves in the surrounding. Major attractions are spread over 5 caves, which contain statues and paintings. This paintings and statues are related to Lord Buddha and his life. There are a total of 153 Buddha statues, 3 statues of Sri Lankan kings and 4 statues of god and goddess. The latter 4 include two statues of Hindu gods, Vishnu and Ganesh. The murals cover an area of 2,100 m². Depictions in the walls of the caves include Buddha's temptation by demon Mara and Buddha's first sermon.

Time line of the Cave 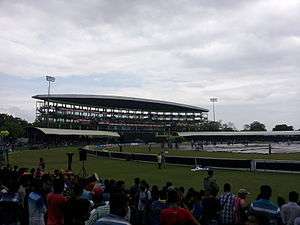