Akkaraipattu (Tamil: அக்கரைப்பற்று, Sinhala: අක්කරපත්තුව) is a town in the Ampara District of Sri Lanka. Akkaraipattu is located on the east coast of Sri Lanka in the Eastern Province. The Akkaraipattu town ship is located approximately 350 km east of Colombo. The main junction in the urban center of Akkaraipattu is located at the latitude and longitude coordinates of 7°13'06.02 North and 81°50'58.91 East. The city is strategically located, just south of the center of the eastern coastline and has good links via the Siyambalanduwa - Damana - Ampara Road (A25) and the Colombo-Ratnapura-Wellawaya-Batticaloa Road (A4). Akkaraipattu acts as an agro-economic hub with vast extents of paddy field surrounding the township.

Education and religion are considered as important factors among the local people. Educating the children is considered as the primary job every parent. Due to this reason, there are a large number of highly educated people who perform well in their respective fields. 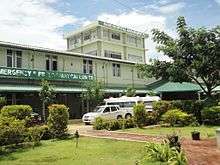 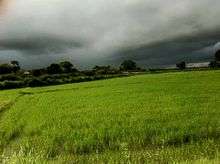 During the period of British rule, Akkaraipattu was named Karunkodithivu and was administered under the Batticaloa District. The Government Agent was the head of each district and under him were the posts of Maniyakkara (Assistant Government Agent) and Vanniyanar (Additional Government Agent). The Vanniyanar appointed two officers directly responsible for irrigation and development, and education. Under this structure agriculture and road construction became a prominent part of the development of the Akkaraipattu area. The Vanniyanar was also responsible for appointing the Chairman and Members of local government organizations, who would then conduct the functions of a local council including collecting taxes, civic construction and providing order and law. The construction of the Gal Oya scheme, which commenced in 1949 and continues to be improved upon, further established agriculture as a driving economic force, in particular paddy and sugar cane. Road development also continued in parallel with the development of land for agriculture.

The susceptibility of soil types to drought is a major concern in Akkaraipattu where three main soil types can be found: Alluvial soils of variable drainage and texture, Reddish Brown Earths, and Solodized Solonetz. The Alluvial soils are generally located on flat flood plains. Poorly drained alluvial soils are grey in colour whilst those with better drainage are coloured brown to yellowish brown. The Reddish Brown Earths have a reddish-brown surface colour when dry and then turn a dark reddish - brown colour when wet. Solodized Solonetz is not a fertile soil with a pH value greater than 8.5.

The Akkaraipattu has three major tanks; Ilukkuchchenai Tank, Neethai Tank and Thillai Aru. These tanks, combined with the water catchments assist in supporting the paddy cultivation in the area.

Akkaraipattu is located in the dry zone of Sri Lanka and within the limits of the project area there are no significant differences in the rainfall pattern. The northeast monsoon period (October- February) is when the highest monthly rainfall is received in Akkaraipattu, conversely, the dry season months of June, July and August is when the lowest rainfall is received. The seasonal rain provides for the cultivation of crops during the maha season. Figure 8 provides average rainfall on a monthly basis between 1993-2011, (this figure was developed with information gathered from the Meteorology Department). The average annual rainfall is 119mm.

The lowest number of thundering days is generally recorded during the months of January and February whilst the highest number of days is recorded in September and October prior to the commencement of the monsoon. 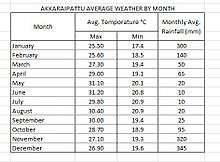 Akkaraipattu consists of over 40,000 people who settled in this area many centuries ago. There are 39,816 Muslims, 165 Sinhalese, 35 Sri Lankan Tamil, 7 Burgher are living.

Schools in the Akkaraipattu Education Zone

Akkaraipattu Muslim Central College (AMCC), the premier education provider for the Muslim community, was founded in 1948. It became the second Muslim National School in Sri Lanka and the first national school in the Eastern Province in 1992. It has a student population of more than 2500 and 170 staff members.