Kurunegala (Sinhalese: කුරුණෑගල, Tamil: குருணாகல்) is a major city in Sri Lanka. It is the capital city of the North Western Province and the Kurunegala District. Kurunegala was an ancient royal capital for 50 years, from the end of the 13th century to the start of the 14th century. It is at the junction of several main roads linking to other important parts of the country. It is about 94 km from Colombo and 42 km from Kandy.

Located at an altitude of 116 meters above sea level, Kurunegala is surrounded by coconut plantations and rubber estates. There are eight very noticeable large rocks that encircle and dominate the city. Kurunegala's rocks rise from the plain below and have characteristic names, six of which come from the animals that they are imagined to represent. The largest among them is Ethagala or the "Elephant Rock" (though the translation is actually tusker), reaches 325 meters. The shape of Ethagala resembles an elephant.

Kurunegala has been named after the Elephant rock (ඇතුගල). "Kurune" means tusker or an elephant with protruding teeth and gala in Sinhala means rock. Kurunai means tusker or an Elephant and gal in Tamil means rock or hill. Kurunegala's old name was Hasthishaila-pura, which can be translated as 'The City of the Elephant Rock' in Sanskrit. In some ancient literature the word Athugal-pura (ඇතුගල්පුර) is employed to describe the city of Kurunegala.

Nearby are three archeological cities — Parakramapura (Panduvasnuwara, පඬුවස්නුවර) (northwest) with remains of a moated palace and monasteries from the 12th century, Dambadeniya (දඹ‍‍‍‍දෙනිය) (southwest, mid-13th century) and Yapahuwa (north).

Kurunegala enjoys a pleasant location with huge rocky outcrops some of which have been given names of the animals they resemble: elephant rock, tortoise rock etc. According to folklore legend, a long time back the city had a severe drought. To exacerbate matters for the humans, animals had threatened the city's storage capabilities by consuming huge amounts of water. Fortunately for the locals, a witch had volunteered to alleviate the problem, transforming some of the animals magically into stone figures. 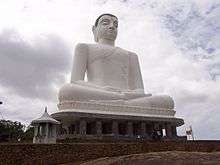 The 88 feet (27 m) giant Buddha statue on top of the Elephant rock. 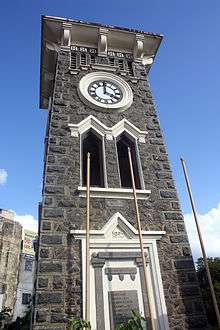 Kurunegala had a citadel in the 13th century. Its ascendancy as an ancient capital of Sri Lanka began with a series of events that took place during the late 12th century at Yapahuwa. The sacred tooth relic which was in the Yapahuwa Kingdom was taken by an Aryacakravarti from the Jaffna Kingdom to the Pandyan country during the rule of Buwaneka Bahu I from 1272 to 1284.[1] The relic was brought back by King Parakrama Bahu III who ruled from Kurunegala between 1287 and 1293.[2] Over the next half a century Kurunegala was the capital and the governing centre for three other kings of Sri Lanka.

After the reign of Buwaneka Bahu III, the newly throned king Vijayabahu V ruled from Dambadeniya and Yapahuwa from 1335 to 1341 before once again the kingdom of Sri Lanka shifted to Gampola.

Few remains of the Palace of the Tooth relic that housed the tooth of the Buddha have avoided natural destruction, including few stone steps and a part of a doorway.

Topographically Kurunegala town is based on a plain area with the exception of the surrounding rock outcrops. The northern part of the town is slightly higher than the south. Kurunegala Lake is the primary geographical feature of Kurunegala and adorns the town. The region comprising the Kurunegala town is well above the sea level compared to the coastal areas of Sri Lanka. However, the region is not as high as the central hill country. The nearest beaches to Kurunegala are to the west and include Negombo and Chilaw.

Kurunegala features a tropical rainforest climate under the Köppen climate classification. The city's climate is tropical and hot all throughout the year. The surrounding rocks play a major role in determining Kurunegala's weather since these rocks increase and retain the heat of the day. During the month of April the temperature can rise up to about 35 °C (95 °F). The only major change in the Kurunegala weather occurs during the monsoons from May to August and October to January when heavy rains can be expected. While the city does experience a noticeably drier weather during January and February, it does not qualify as a true dry season as average precipitation in both months are above 60 millimetres (2 in). In general, temperatures from late November to mid February period are lower than the rest of the year.

The average annual rainfall in Kurunegala is about 2,000 millimetres (79 in).

According to the 2001 census data, the estimated population of Kurunegala was 28,401.[4] The male population was 14,626 and the female population was 13,775. Most of Kurunegala's residents belong to the Sinhalese majority. Other ethnic minorities include the Sri Lankan Moors, Sri Lankan Tamils, Burghers and Malays. Residents from ethnic minorities live in all parts of the city, however, sizeable communities of Moors and Tamils live in the areas of Teliyagonna and Wilgoda.

The following table summarizes the population of Kurunegala by ethnicities.

The common languages of Kurunegala, depending on social classes, social circles, and ethnic backgrounds are Sinhalese, Tamil and English. 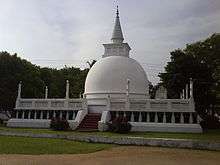 The Bauddhaloka Viharaya is a Buddhist shrine in Kurunegala.

Buddhism is the main and the most widely practised religion in Kurunegala. The town is also home to a wide range of other religious faiths and sects including Hinduism, Christianity and Islam.

Christian/Catholic churches, mosques and Hindu temples are in the city. The Roman Catholic Diocese of Kurunegala's bishop is headquartered in the town. The Church of Ceylon, which is the Anglican Church in Sri Lanka, operates a diocese in Kurunegala covering the North-Central province and Kurunegala, Kandy, Matale and Kegalle, Anuradapura, Polonnaruwa districts. 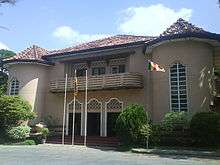 Kurunegala is a central city in Sri Lanka. It is directly connected to a large number of major cities and towns of the island. By road, it is connected to Colombo, Kandy, Puttalam, Trincomalee, Negombo, Anuradhapura and Kegalle. Due to its status as a crossroads city,[6] the city is a good base for exploring important ancient landmarks a short distance away.

Kurunegala can be reached by the railway on the Northern railway line.[7]

The Central Bus Stand, opened in 2005, is one of Sri Lanka's most efficient and modern bus stands, with a parking capacity of about 200 buses. 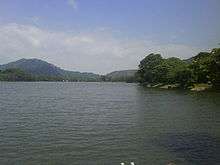 Kurunegala is surrounded by several major rock outcrops, a distinctive geological feature of the Wayamba province. 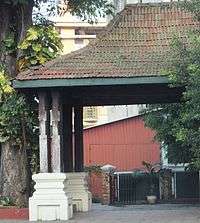 Archaeological remains of this site are few but give a glimpse of its past glory and comprise the handsome stone entrance, steps, rock pillars and ruined walls of the royal palace and the palace of the tooth relic.

A large man-made water reservoir constructed by ancient kings. The lake is in the outskirts of the central business district near the Kurunegala-Dambulla road. The tank is used as a water supply source to the city.

The Kurunegala clock tower was built in 1922 as a tribute to the officers, who were from Wayamba province and sacrificed their lives in World War I.

Education is delivered free of charge to all students of national schools, according to the government policy. These schools operate under the Provincial Council. There are also privately owned schools in Kurunegala. 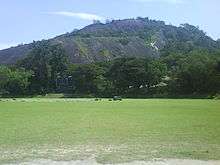 Major sporting venues in and around Kurunegala include: