Draguignan (French pronunciation: ​[dʁa.ɡi.ɲɑ̃]) is a commune in the Var department in the Provence-Alpes-Côte d'Azur region, in southeastern France.

It is a sub-prefecture of the department and self-proclaimed "capital of Artillery" and "Porte du Verdon". 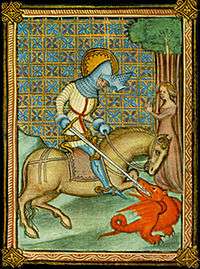 According to legend, the name of the city is derived from the Latin name “Draco/Draconem” (dragon): a bishop, called Saint Hermentaire, killed a dragon and saved people.

The Latin motto of Draguignan is Alios nutrio, meos devoro (I nourish others, I devour my own).

The Dolmen in Draguignan