His father, John Crossley, was a carpet manufacturer at Dean Clough Mills, Halifax and died 17 January 1837, having had by his wife Martha, daughter of Abram Turner of Scout Farm, Yorkshire, a numerous family. Mrs. John Crossley died 26 November 1854. Crossley's older brother, John, was also an MP for Halifax, from 1874 to 1877.

The fifth and youngest son, Francis, was sent to school at Halifax; while still a schoolboy his pocket money was made dependent on his own work. A loom was set up for him in his father's mill, on which he spent the time not spent at school. The carpet manufactory at Dean Clough was commenced by John Crossley in a small way, but it became, under the management of John Crossley, jun., Joseph Crossley, and Francis Crossley, who constituted the firm of J. Crossley & Sons, the largest concern of its kind in the world. Its buildings covered an area of 20 acres (81,000 m2), and the firm gave employment to between five and six thousand persons. Its rapid growth was by application of steam power and machinery to the production of carpets. The Crossley firm acquired patents and then devised and patented improvements which placed them in advance of the rest of the trade. One loom, the patent of which became their property, was found capable of weaving about six times as much as could be produced by the old hand loom. Manufacturers of tapestry and Brussels carpets applied to Messrs. Crossley for licences to work their patents, and large sums accrued to them from royalties alone.

In 1864 the concern was changed into a limited liability company, and a portion of the shares in the new company were offered to workers under favourable conditions. 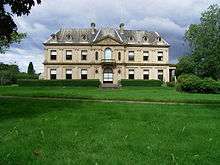 Crossley was elected in the liberal interest as M.P. for Halifax, 8 July 1852; he sat for the borough until 1859, when he became the member for the West Riding of Yorkshire. On the division of the riding in 1868 he was returned for the northern division, which he continued to represent to the time of his death. 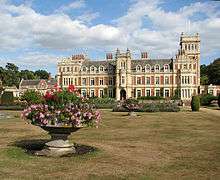 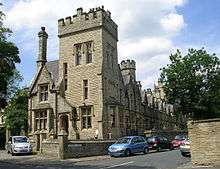 His first major gift to Halifax consisted in the erection of twenty-one almshouses in 1855, with an endowment which gave six shillings a week to each person.

On his return from America in 1855 he announced his intention to present the people of Halifax with a park, and on 15 August 1857 this park was opened. It consists of more than 12 acres (49,000 m2) of ground, laid out from designs by Sir Joseph Paxton and Edward Milner. With a sum of money invested for its maintenance in 1867, it cost the donor £41,300. 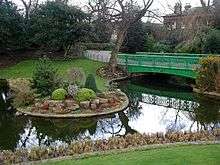 About 1860, with his brothers John and Joseph, Crossley began the erection of an orphan home and school on Skircoat Moor. This was completed at their sole united cost, and endowed by them with a sum of £3,000 a year; it was designed for the maintenance of children who had lost one or both parents, and had accommodation for four hundred. (It was one of the predecessors of Crossley Heath Grammar School, established 1985.) In 1870 he founded a loan fund of £10,000 for the benefit of deserving tradesmen of Halifax, and in the same year presented to the London Missionary Society the sum of £20,000, the largest donation the society had ever received. About the same period he gave £10,000 to the Congregational Pastors' Retiring Fund, and the same sum towards the formation of a fund for the relief of widows of congregational ministers.

He married, 11 December 1845, Martha Eliza, daughter of Henry Brinton of Kidderminster, by whom he had an only son, Savile Crossley, second baronet, M.P. successively for Lowestoft and for Halifax. He was the author of Canada and the United States, a lecture, 1856. Savile was to become a prominent Liberal Unionist politician and was created Baron Somerleyton in 1916.