DOBAG is the Turkish acronym for "Doğal Boya Araştırma ve Geliştirme Projesi" - the Natural Dye Research and Development Project. The project aims at reviving the traditional Turkish art and craft of carpet weaving, thereby providing rural areas in Anatolia with a regular source of income.

The DOBAG project started in 1981, led by Harald Boehmer, a German chemistry and biology teacher working in Istanbul. He focused on chemical analyses of the dyes of antique woven carpets, as on display in Istanbul museums.[1]

Use of synthetic dyes in Oriental carpets 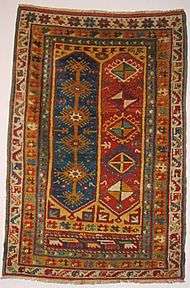 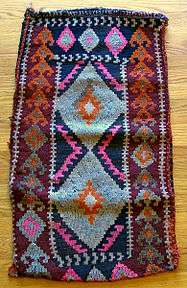 Synthetic dyes were discovered in the late 19th century. Until then, wool used for weaving carpets was dyed with traditional dyes made from plants, insects and minerals. Synthetic dyes were cheap and easy to use, and thus replaced the traditional dyes soon after they came to the market. Western art historians reported instability to light and moisture of carpets with synthetic dyes.[2][3] The aesthetic effect in oriental carpets with synthetic colours was described by Edwards as "In a new carpet the [synthetic] colours have a hard, metallic look; in an old one, they are dull and dead."[4] In order to be commercially successful, synthetically dyed carpets had to be chemically treated before they went on sale.

Analysis of natural dyes, and recreation of traditional dyeing procedures

The analysis of carpet wool dyes was already suggested by Edwards in 1953,[5] as a means of establishing the provenience of period carpets. In 1982, Boehmer published his work on antique carpet wool samples, using thin-layer chromatography. By comparing chromatograms of samples both of carpet wool and plants known to have been used for dyeing, the natural dye components were identified, and the dyeing procedures experimentally recreated subsequently.

In 1981, the DOBAG project was initiated in cooperation with the Marmara University, Istanbul. The first demonstration of traditional dyeing techniques took place in some villages of the Ayvacik area, Çanakkale province. The region was chosen because of its long, continuous carpet weaving tradition. Later, another branch of the project was initiated in the Yuntdağ region, south of Bergama. Here, the first women cooperative in Turkey was established within the DOBAG Project.[6] 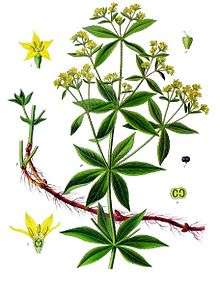 DOBAG Carpets are woven with Turkish knots. Warps and wefts are made of sheep wool, the pile consists of handspun wool, dyed locally with natural dyes prepared according to the recipes as experimentally re-established. No chemical treatment is applied after the carpet has been finished.[7][8]

Dyes used for DOBAG carpets are obtained from plants, and include:

DOBAG carpets are delivered both with a leather tag and seal attached to the carpet for identification, as well as with a certificate stating the weaver's name, village, and region where the carpet was woven. DOBAG carpet weavers are paid per knots, thus ensuring a fair wage system. Once a carpet has been sold, the weaver is granted an additional bonus. The commercial branch of the initiative directly exports the carpets to authorized dealers only, thus avoiding intermediate trade.[10]

Thus, technically, the DOBAG project seeks to revive the tradition of Turkish carpet weaving. On a social level, the project aims at halting the effects of urbanization by providing a continuous source of income to village women.

Impact of the DOBAG Project

Initiation of the "Carpet Renaissance" 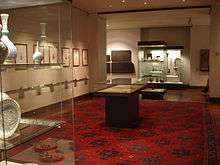 DOBAG carpets were first shown publicly at an exhibition at Bausback Antique Carpet Gallery, Mannheim, Germany, from November 27 to December 24, 1982.[9]

Realizing the commercial potential of carpets woven from hand-spun, vegetably dyed wool, other carpet manufacturers adopted DOBAG's manufacturing approach., [11][12][13] The producer's return to traditional dyeing and weaving, and the commercial interest this created amongst customers, was termed by Eilland as the "Carpet Renaissance".[14]

The DOBAG project's combination of commercial and social goals has inspired similar initiatives to use profits made from carpet weaving in order to improve the social and economic situation of the weavers:

Scientific interest in the history and ethnology of oriental carpet weaving arose in the late 19th century.[18] Art historian Wilhelm von Bode stated in 1902 that the art and craft of carpet weaving was not fully accessible to scientific research. The introduction of synthetic dyes and commercially oriented designs was regarded as a corruption, atypical for a specific region, so that it was no longer possible to establish the provenience of oriental carpets, and analyse the evolution of regional designs and weaving techniques.[19] By its cooperation with the Marmara University Department of traditional Handicraft and Design,[20] the DOBAG project provides an opportunity for prospective research into the art historical and the socio-economic consequences of the re-introduction of traditional carpet weaving in rural areas of Anatolia.

In 2000, the Turkish Cultural Foundation set up the Cultural Heritage Preservation and Natural Dyes Laboratory.[21] Their mission is "to promote the natural dye resources of Turkey (...) to revive the art of natural dyeing, and create employment opportunities in this area for rural people." Their recent publications and symposium activities broaden the knowledge of traditional carpet weaving in Turkey.[22]