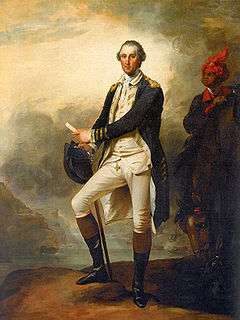 George Washington, the first President of the United States, held people in slavery for virtually all of his life. His will provided for freeing the enslaved people he held upon the death of his widow Martha Washington. In January 1801 Martha freed her husband's slaves, just over a year after his death.[1] However, while she lived, Martha did not emancipate any of the people she held and when she died, on May 22, 1802, at the age of 70, all of those enslaved people went to her inheritors.[2] At various times in his life, Washington privately expressed strong support for the gradual abolition of slavery.

When Washington was eleven years old, he inherited ten slaves;[3] by the time of his death, 318 slaves lived at Mount Vernon, including 123 owned by Washington, 40 leased from a neighbor, and an additional 153 "dower slaves." For his wife Martha's use during her lifetime and controlled by Washington, they were legally part of the property of her late first husband's estate. As on other plantations during that era, Washington's slaves worked from dawn until dusk unless injured or ill; they could be whipped for running away or for other infractions. They were fed, clothed, and housed as inexpensively as possible, in conditions that were probably meager.

Visitors recorded contradictory impressions of slave life at Mount Vernon: one visitor in 1798 wrote that Washington treated his slaves "with more severity" than his neighbors, while another around the same time stated that "Washington treat[ed] his slaves far more humanely than did his fellow citizens of Virginia."[4] 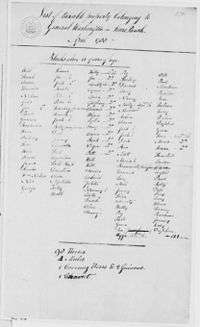 List of taxable property belonging to General Washington in Truro Parish, April 1788. Tax list with names of Washington's slaves, along with 98 horses, 4 mules and a chariot.

Before the American Revolution, Washington expressed no moral reservations about slavery, but by 1778 he had stopped selling slaves because he did not want to break up their families. The historian Henry Wiencek speculates that Washington's slave buying, particularly his participation in a raffle of 55 slaves in 1769, may have initiated a gradual reassessment of slavery. According to Wiencek, his thoughts on slavery may have also been influenced by the rhetoric of the American Revolution, the example of the thousands of blacks who enlisted in the army to fight for independence, the anti-slavery sentiments of his idealistic aide John Laurens, and his knowledge of the ability of the enslaved black poet Phillis Wheatley, who in 1775 wrote a poem in his honor.[5]

Wiencek also notes that in 1778, while Washington was at war, he wrote to his manager at Mount Vernon that he wished to sell his slaves and "to get quit of negroes", since maintaining a large (and increasingly elderly) slave population was no longer economically efficient. Washington could not legally sell his wife's "dower slaves" and, because they had long intermarried with his own slaves, he dropped the plan for sales in order to avoid breaking up families, which he had resolved not to do.[6]

In 1782 the Virginia legislature made manumissions easier, while requiring documentation. Slaveholders were allowed to free any adult slave under the age of forty-five, either by executing a deed or adding provisions to a will.[7][8] So many slaveholders freed slaves in the next two decades that the percentage of free blacks went up to 7.2 percent of all blacks in Virginia by 1810, from less than one percent when the bill was passed.[9]

With the rise in demand for slaves after the invention of the cotton gin at the end of the century and the end of importation of slaves in 1808, Virginia changed its laws to make manumission more difficult. By the 1820s, it required legislative approval for each act of manumission. After 1810 manumissions dropped sharply.[10]

After the war, Washington often privately expressed a dislike of the institution of slavery. In 1786, he wrote to a friend that "I never mean ... to possess another slave by purchase; it being among my first wishes to see some plan adopted, by which slavery in this Country may be abolished by slow, sure and imperceptible degrees." To another friend he wrote that "there is not a man living who wishes more sincerely than I do to see some plan adopted for the abolition" of slavery. He expressed moral support for plans by his friend the Marquis de Lafayette to emancipate slaves and resettle them elsewhere, but he did not assist him in the effort.[11]

He held more slaves than he needed at Mount Vernon, making the operation unprofitable. The changes from tobacco to mixed-crop production lowered the labor needs. Washington wrote, "It is demonstratively clear that on this Estate (Mount Vernon) I have more working Negroes by a full [half] than can be employed to any advantage in the farming system." Washington could have sold his "surplus" slaves and immediately have realized a substantial revenue.[12] Washington acknowledged the profit he could make by reducing the number of his slaves, declaring, "half the workers I keep on this estate would render me greater net profit than I now derive from the whole."[13] 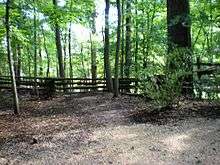 Congress passed and President Washington signed the Northwest Ordinance of 1789, which was a reaffirmation of a 1787 act that had banned slavery in the Northwest Territory in 1789; slaves already in the territory, however, were not freed.[14] In 1790, Washington signed the Naturalization Act, providing a means for foreigners to become citizens. This act limited U.S. citizenship to "free white persons". At the time, these were Europeans. In later years of the nineteenth and twentieth centuries, in tests of definitions by Asians seeking citizenship, those persons considered white were classified as Caucasian according to the terms of the time.[15]

In 1793, President Washington signed the Fugitive Slave Act. This act, which implemented the Fugitive Slave Clause in the United States Constitution, gave slaveholders the right to capture fugitive slaves in any U.S. state. This act was done to allow the recapture of fugitive slaves who escaped into any "safe harbors" or slave sanctuaries.[16] In 1794, Washington signed into law the first Slave Trade Act, which limited American involvement in the international slave trade.[17]

According to the historian Alfred Hunt, Washington authorized $400,000 and 1,000 weapons to be given to slaveholders of the French colony of Saint-Domingue (later Haiti) as emergency relief in 1793-1794 in order to put down a slave rebellion. The monetary relief and weapons counted as a repayment for loans granted by France to the Americans during the Revolutionary War.[18] The slaves continued to rebel and gained independence and freedom as Haiti in 1804.

From 1790 to 1800, the capital was located in Philadelphia. In 1780 Pennsylvania was the first state to abolish slavery, through a program of gradual emancipation. Slaveholders were still allowed to bring slaves into the state, but if they became residents, the slaves would become free. Like other southern slaveholders serving in the city, Washington evaded the state's prohibition of slavery by maintaining that he was not a resident, and ensuring that neither he nor his eight or nine slaves stayed in the state for more than six months at a time. Two of his slaves escaped in Philadelphia. A woman, Oney Judge, made it to freedom in New Hampshire, despite the president trying to organize efforts to recapture her. She later in life told people that she was inspired to escape by the ideals of the American Revolution.[19] Acknowledging Philadelphia's Quaker abolitionist sentiment, Washington gradually replaced his slaves with German indentured servants.[20]

Washington expressed other concerns over slavery's implications for the nation. In 1797, Washington is reported to have told a British guest: "I can clearly foresee that nothing but the rooting out of slavery can perpetuate the existence of our union, by consolidating it in a common bond of principal."[21] He told Edmund Randolph, according to Thomas Jefferson's notes, that if the country were to split over slavery, Washington "had made up his mind to move and be of the northern."[22]

Since the discovery in 2001 of the foundations of the President's house and slave quarters on Independence Mall, exhibits about slavery and the republic were added to the nearby Liberty Bell Center, which opened in 2003. In addition, a public archeology project was undertaken on the site in 2007, and a commemorative exhibit has been constructed at the site. The President's House in Philadelphia: Freedom and Slavery in the Making of a New Nation opened in 2010.[23] 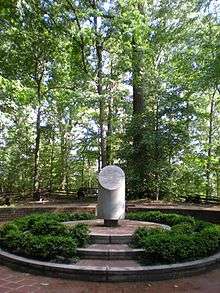 Washington was the only Southern slaveholding Founding Father among the top seven to emancipate his slaves after the American Revolution. Of the seven Founding Fathers, the northerners Benjamin Franklin and John Jay both owned slaves whom they freed, and Jay founded the New York Manumission Society.[24] He had a practice of freeing slaves as adults after a period of service. In 1798, the year before New York passed its gradual emancipation law, Jay still owned six slaves.[25]

As Washington's slaves had intermarried with his wife's dower slaves, he included a provision in his will to free his slaves upon her death, to postpone any breakup of their families, when her dower slaves would be returned or managed by her heirs. He freed only William Lee, his longtime personal valet, outright in his will. The will called for the ex-slaves to be provided for by Washington's heirs, with the elderly ones to be clothed and fed, and the younger ones to be educated and trained at an occupation so they could support themselves. Martha Washington freed her husband's slaves within 12 months of his death and allowed them to stay at Mount Vernon if they had family members.[26]

Prior to 1782, Virginia law had limits on slaveholders emancipating slaves; they were only allowed to do so for "meritorious service" and only with the approval of the Governor and his council. This law was repealed by the 1782 law allowing slave emancipation by will or deed.[27] Washington did not free any slaves during his lifetime, but relied on his will.

Washington's failure to act publicly upon his growing private misgivings about slavery during his lifetime is seen by some historians as a missed opportunity. The major reason Washington did not emancipate his slaves after the 1782 law and prior to his death was because of the financial costs involved. To circumvent this problem, in 1794 he quietly sought to sell off his western lands and lease his outlying farms in order to finance the emancipation of his slaves, but this plan fell through because enough buyers and renters could not be found. Also, Washington did not want to risk splitting the new nation apart over the slavery issue. "He did not speak out publicly against slavery", argues historian Dorothy Twohig, "because he did not wish to risk splitting apart the young republic over what was already a sensitive and divisive issue."[28]

Further information: Bibliography of George Washington
This article is issued from Wikipedia - version of the 10/20/2016. The text is available under the Creative Commons Attribution/Share Alike but additional terms may apply for the media files.