The highest ranking non-monarchial offices prior to 1848 are regarded as predecessors of the modern office of Prime Minister. There have been several titles used; "King's Chancellor", "Chancellor of the Realm", "Grand Chancellor", "Privy Councillor", "Prime Minister", "Council President" and Minister of State, once again. Each Prime Minister since 1848 has been the leader of one or more cabinets (for a complete list see Cabinet of Denmark).

This is a graphical lifespan timeline of Prime Ministers of Denmark. The prime ministers are listed in order of office. 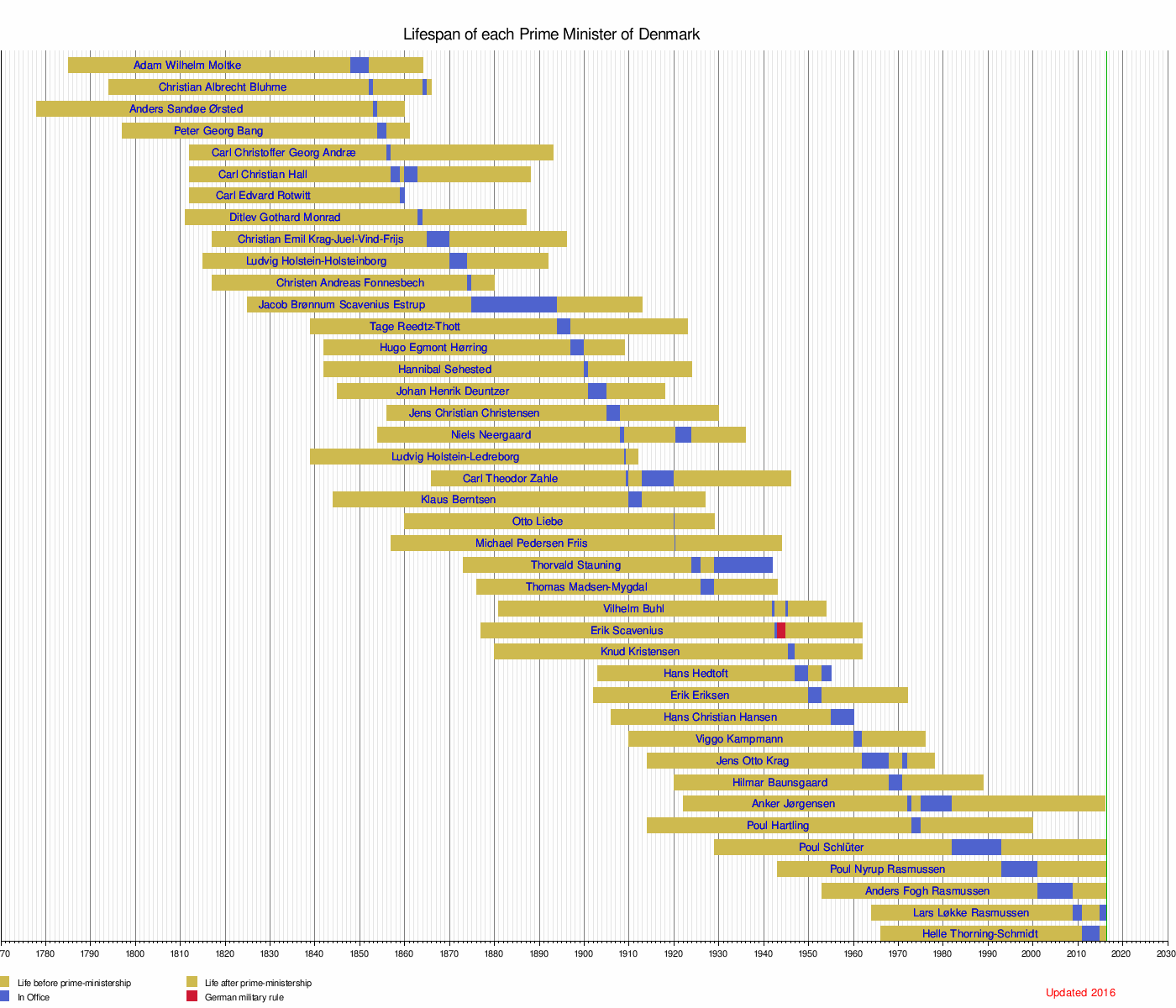 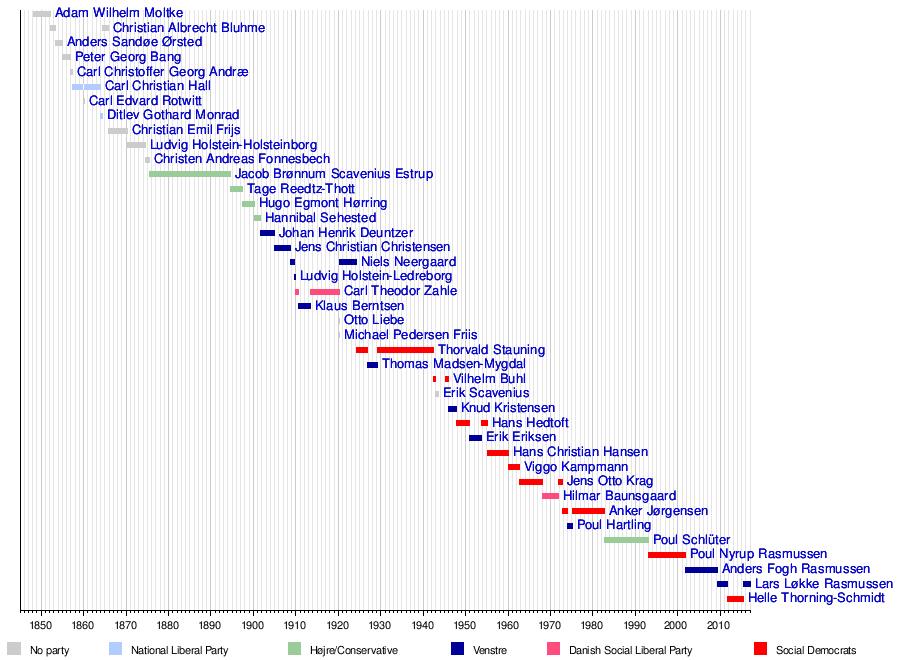