Meridian is a city located in Ada County in the US state of Idaho. As of the 2010 census, the population of Meridian was 75,092 making it the second largest city in Idaho behind Boise and in front Nampa. A 2014 estimate placed the population at approximately 85,000.[5] Meridian is the state's fastest-growing city, with an 81.5 percent increase in population since 2000.[6]

The town was established in 1891 on the Onweiler farm north of the present site and was called Hunter. Two years later an I.O.O.F. lodge was organized and called itself Meridian because it was located on the Boise Meridian and the town was renamed. The Settlers' Irrigation Ditch, 1892, changed the arid region into a productive farming community which was incorporated in 1902.[7]

Meridian was incorporated in 1903.[8] The information in the following sections (Irrigation, Village, Rail Transportation, and Creamery) is found on the displays in the Meridian City Hall Plaza.

Early settlers arriving in the area came with no knowledge of gravity flow irrigation. Their previous homes were in areas where rain provided the needed moisture to raise crops. Irrigation soon became a necessity, since having a water source was a requirement for receiving the patent for the land from the U.S. Land Office.

Irrigation was and continues to be backbreaking hard work. Long hours spent using shovels have been shortened by newer methods of irrigation, but it is still a daily task for the person in charge of agricultural crops. Many of those early settlers returned to the land where the rain fell instead of remaining in the area where watering crops was a full-time occupation. Those who stayed in Idaho were hardy citizens. Irrigation districts, such as the Nampa-Meridian and Settlers irrigation districts, continue to serve the immediate Meridian area.

The original Meridian town site was filed in 1893 on homestead grant land belonging to Eliza Ann Zenger. Her husband, Christian, filed the plat with county officials and called it Meridian. The early settlers, many of whom were relatives, left their homes in Missouri to come west, either by wagon train or immigrant railroad car, bringing their lodge and church preferences with them. They established local institutions soon after arriving and filed for homestead lands. In other words, they brought their community with them.

Around the start of the 20th century, settlers established fruit orchards and built fruit packing businesses and prune dryers along the railroad tracks. Local orchards produced many varieties of apples and Italian prunes. Production continued through the mid-1940s, when it was no longer profitable and the businesses closed. In 1941, Meridian's status changed from a village to a city.

Following the raising of $4,000 to lay the Interurban rail line from Onweiler (Meridian and Ustick Roads), the tracks were completed into the village center. Turning east on Broadway and ending at East Second, the last car would spend the night in Meridian before returning to Boise early the next morning with passengers and freight. The interurban Station and Generator building (west one-third of the old library at Meridian and Idaho Streets) was built in 1912, and the line continued on to Nampa via Meridian. The tracks down Broadway were not used after 1912. The Interurban Company entered into receivership and closed in 1928 after 20 years of providing continuous economical transportation to neighboring towns. It was Meridian's main connection to the area outside the local community.

The Union Pacific Railroad spur opened in 1900 and is currently operated by the Boise Valley Railroad. Many industrial customers continue to ship forest, agricultural, and chemical products along this corridor. 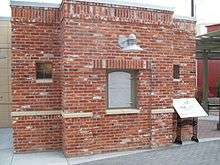 The lowest days of the Great Depression brightened for area dairymen when the Ada County Dairymen's cooperative creamery began operation in 1929. It provided milk checks to those who were members of the cooperative, enabling them to pay their taxes and provide food for their families. Other community members hauled milk to the creamery and were employed by the creamery, whose product was Challenge Butter.

The creamery ran 7 days a week for 40 years. Additions and improvements were made while the plant was in full operation. Later years saw the Wyeth Laboratories affiliate with the creamery to manufacture SMA baby formula.

After the creamery ceased local operations in 1970, the dairymen's milk was shipped to the Caldwell creamery for processing.

Meridian's climate is characterized as semi-arid with four distinct seasons. Meridian experiences hot and dry summers where temperatures can often exceed 100°F (38°C), as well as cold winters with occasional light snowfall. Rainfall is usually infrequent and light, usually averaging less than an inch (25.4 mm) per month. December is the wettest month with an average of 1.55 inches (39 mm) of precipitation, and August is the driest month with 0.24 inches (6.1 mm). Spring and fall are generally temperate.

There were 25,302 households of which 47.6% had children under the age of 18 living with them, 63.9% were married couples living together, 10.4% had a female householder with no husband present, 4.4% had a male householder with no wife present, and 21.3% were non-families. 16.6% of all households were made up of individuals and 6% had someone living alone who was 65 years of age or older. The average household size was 2.96 and the average family size was 3.33.

There were 11,829 households out of which 49% had children under the age of 18 living with them, 68.4% were married couples living together, 8.8% had a female householder with no husband present, and 19.6% were non-families. 14.5% of all households were made up of individuals and 4.3% had someone living alone who was 65 years of age or older. The average household size was 2.93 and the average family size was 3.26.

Blue Cross of Idaho is based in Meridian. The Idaho State Police is headquartered in Meridian and the state police academy is housed on its campus. All police officers statewide are required to attend basic training at the facility.

Scentsy, a candle warmer company, is a large employer with corporate headquarters based in Meridian.

The mayor, with the consent of the city council, appoints the following officers: 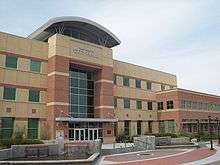 The Meridian Symphony Orchestra celebrated its 20th anniversary season in 2009–10.

Art is on display in the Initial Point Gallery on the third floor of the Meridian City Hall. The gallery is open to the public with free admission.

The Village at Meridian is an outdoor shopping mall that opened in October 2013. It is home to retail stores, restaurants, a movie theater, a fittness center, arcade/bowling, and an outdoor ice rink (winter). There is outdoor seating and a playground surrounding a fountain that has a show every hour with lights and music. The Village at Meridian is located on Eagle Rd and Fairview Ave.

Majestic Cinemas is an 18 screen first-run movie theater located SW of the Eagle I-84 exit. The theater opened in May 2005, and is privately owned and operated by Hallett Cinemas LLC.

Meridian shares boundaries with the two largest cities in Idaho, Boise, ID to the east and Nampa, ID to the west. Therefore, residents of Meridian often take advantage of the recreation and sports opportunities in those cities.

Eagle Island State Park is about 2.5 miles (4.0 km) north of Meridian and includes a man-made lake with a beach, equestrian and hiking trails, fishing, and a water slide. The Snake River Birds of Prey National Conservation Area is south of Meridian.

During the summer months of May through September, the place to be on Thursday evenings is the Meridian Urban Market, also known as MUM by locals. This open-air Downtown Meridian urban market provides a neighborhood farmer's market, artisan market, food-tasting, local art, live music and a beer and wine garden. MUM allows locals and visitors to engage in the local community life while also providing a long-term opportunity to foster urban development.

The West Ada School District serves the city and is the largest in the state. Meridian is part of the Boise metropolitan area.

The majority of the city lies North of I-84. Streets are named with a north, south, east or west prefix identifying the orientation of the street and where the street is in relation to the intersection of Franklin Road and Meridian Road. Roads with a North prefix are north of Franklin Road (which runs east and west). Roads with a West prefix are west of Meridian Road (which runs north and south). Many residents identify which section of the city they live in by the closest intersection of major roads that are generally laid out in square miles. From west to east, the major roads are Black Cat, Ten Mile, Linder, Meridian, Locust Grove, and Eagle. From north to south, the major roads are Chinden (Highway 20/26), McMillan, Ustick, Cherry (west of Meridian) or Fairview (east of Meridian), Franklin, Overland, Victory, and Amity.

I-84 is between Franklin and Overland. Pine is another major road that runs east/west and lies between Cherry and Franklin.

A railroad line runs east/west and lies between Pine and Franklin. Most of the city's industrial areas are concentrated along this railroad line with some other industrial areas near the east side of the city south west of the intersection of Fairview and Eagle. The line was formerly owned by Union Pacific, but Boise Valley Railroad now owns the line running trains on weekdays from Boise to Nampa

A zoning map is available on the city's web site.

Because of Meridian's remarkable growth in the last 20 years, the majority of residential neighborhoods in the city are relatively new.