The music of Uzbekistan has reflected the diverse influences that have shaped the country. It is very similar to the music of the Middle East and is characterized by complicated rhythms and meters.[1] Because of the long history of music in the country and the large number of different music styles and musical instruments, Uzbekistan is often regarded as one of the most musically diverse countries in Central Asia.[2]

The music of what is now Uzbekistan has a very long and rich history.[3] Shashmaqam, a Central Asian classical music style, is believed to have arisen in the cities of Bukhara and Samarqand in the late 16th century. The term "shashmaqam" translates as six maqams and refers to the structure of music with six sections in different musical modes, similar to classical Persian traditional music. Interludes of spoken Sufi poetry interrupt the music, typically beginning at a low register and gradually ascending to a climax before calming back down to the beginning tone.

After Turkestan became part of tsarist Russia in the 19th century, first attempts were taken to record national melodies of Turkestan. Russian musicians helped preserve these melodies by introducing musical notation in the region.

In the 1950s, Uzbek folk music became less popular, and the genre was barred from radio stations by the Soviets. They did not completely dispel the music. Although banned, folk musical groups continued to play their music in their own ways and spread it individually.[4] After Uzbekistan gained independence from the USSR in the early 1990s, public interest revived in traditional Uzbek music. Nowadays Uzbek television and radio stations regularly play traditional music.

The people's Artist of Uzbekistan Turgun Alimatov is considered by broad musical public and ethnomusicologists as the first virtuous of Shashmaqam, Uzbek classical and folklore composer, and skilled tanbur, dutar, and sato player. He has gained widespread popularity not only in Uzbekistan, but around the world with his unparalleled mastery in his performances and compositions. His most famous compositions include "Segah", "Chorgoh", "Buzruk", "Navo", and "Tanovar". His image is associated with national pride and has been presented as the symbol of Uzbek classical music to the world.[5]

Another well-known Uzbek composer is Muhammadjon Mirzayev. His most famous compositions include "Bahor valsi" ("The Spring Waltz") and "Sarvinoz." "Bahor valsi" is played on Uzbek television and radio channels every spring.

Currently Sherali Joʻrayev is probably the most famous and influential singer of traditional Uzbek music in Uzbekistan. However, he has fallen out of favor with the Uzbek government and the latter has banned his performances on all Uzbek TV channels as well as his public performances since 2002.[6][7] He still performs at Uzbek wedding parties and in other countries to popular acclaim.

In recent years, singers such as Yulduz Usmonova and Sevara Nazarkhan have brought Uzbek music to global audiences by mixing traditional melodies with modern rhythms and instrumentation.[2] In the late 2000s, Ozodbek Nazarbekov emerged as a new popular singer who mixes contemporary music with elements of traditional Uzbek music.

Many forms of popular music, including folk music, pop, and rock music, have particularly flourished in Uzbekistan since the early 1990s. Uzbek pop music is well developed, and enjoys mainstream success via pop music media and various radio stations.

Many Uzbek singers such as Sevara Nazarkhan and Sogdiana Fedorinskaya, Rayhon Ganieva have achieved commercial success not only in Uzbekistan but also in other CIS countries such as Kazakhstan, Russia, and Tajikistan.

Currently rock music enjoys less popularity than pop music in Uzbekistan. Davron Gʻoipov is one of the most influential rock-n-roll singers that have contributed to the development of Uzbek rock music. He had a big impact on the successful pop-rock band Bolalar. Sahar is another successful rock band that came to prominence in the early 2000s.

Rap music has become popular among Uzbek youth. Rappers such as Shoxrux and Shahryor became very popular among young people in the 2000s. However, the Uzbek government censors rap music. It has set up a special body to censor rap music because it believes this type of music does not fit the Uzbek musical culture.[9] 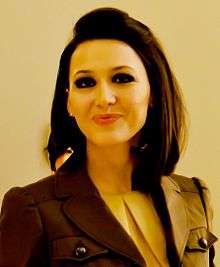 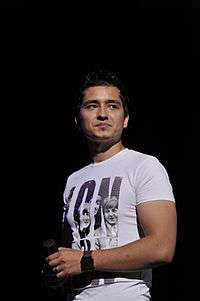 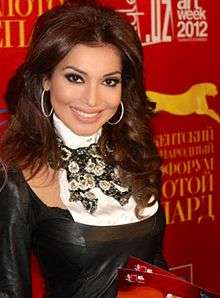 Composers in the western classical tradition