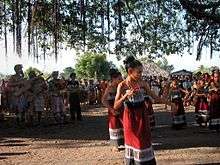 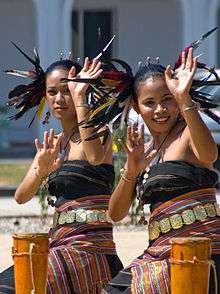 East Timor's music reflects its history under the control of both Portugal and Indonesia, who have imported music like gamelan and fado. The most widespread form of native folk music was the likurai dance, performed by women to welcome home men after war. They used a small drum and sometimes carried enemy heads in processions through villages; a modern version of the dance is used by women in courtship.

In the modern era, East Timorese music has been closely associated with the independence movement; for example, the band Dili Allstars released a song that became an anthem in the build-up to the referendum on independence in 2000, while the United Nations commissioned a song called "Hakotu Ba" (by Lahane) to encourage people to register to vote in the referendum.

East Timorese popular musicians include Teo Batiste Ximenes, who grew up in Australia and uses folk rhythms from his homeland in his music . With many East Timorese people in emigrant communities in Australia, Portugal and elsewhere, East Timorese folk music has been brought to many places around the world. Refugee camps in Portugal mixed together East Timorese music with styles from other Portuguese colonies like Angola and Mozambique [1].

The guitar has long been an important part of East Timorese music, though it is an import brought by colonisers; there are, however, native kinds of string instruments similar in some ways to the guitar. Foreign influences also include popular styles of music like rock and roll, hip hop and reggae .

Lyrics of the songs can be sung in Tetum or Portuguese, official languages of East Timor.