The music of Bangladesh, also referred to as Bangladeshi music, comprises a long tradition of religious and secular song-writing over a period of almost a millennium. Composed with lyrics in the Bengali language, Bengali music spans a wide variety of styles. In Bangladesh music has served the purpose of documenting the lives of the people and was widely patronized by the rulers.

Bangladeshi classical music is based on modes called ragas (rag, in Bengali). All traditional Bengali music tend to be based on various variations of Hindustani Classical Music. 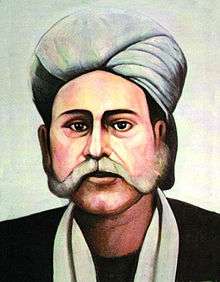 Folk has come to occupy the lives of Bangladeshis almost more than any other genre of Bengali music. Among the luminaries of the different folk traditions are Lalon Fokir, Radharaman Dutta, Hason Raja, Khursheed Nurali (Sheerazi), Ramesh Shill and Abbas Uddin. Folk songs are characterised by simple musical structure and words. Before the advent of radio, entertainment in the rural areas relied on a large extent on stage performances by folk singers. With the arrival of new communication technologies and digital media, many folk songs were modernised and incorporated into modern songs (Adhunik songeet).

Folk music can be classified into several subgenres:

Baul is the most commonly known category of Bangladeshi folk songs. It is mostly performed by hermits who are followers of Sufism in Bangladesh. Present day Sufis earn mainly from performing their music. Baul songs incorporate simple words expressing songs with deeper meanings involving creation, society, lifestyle and human emotions. The songs are performed with very little musical support to the main carrier, the vocal.

Instruments used include the Ektara ("one-string"), Dotara ("two-strings"), ba(n)shi (country flute made from bamboo) and cymbals. In recent times, Baul geeti has lost popularity, due to urbanisation and westernisation.

Adhunik sangeet literally means "modern songs". Although, to outsiders, this may seem like an ambiguous nomenclature, it has particular motivations.

Bengali music traditionally has been classified mainly by the region of origin and the creators of the musical genre, such as Nazrul geeti (written and composed by Kazi Nazrul Islam), ghombhira (unique to a specific area in Bangladesh), etc. However, this prevented the ability to classify any music that failed to fit into any of the classes. In the period just before Indian independence, several new minor musical genres emerged, mainly in the form of playback songs for movies. A miscellaneous category, Adhunik sangeet, was created, since, at that time, this music was "modern".

Modernisation of Bengali music occurred at different times and, for the most part, independent of western influence. Most notable of these changes were:

The film industry of Bangladesh supported music by according reverence to classical music while utilizing the western orchestration to support melodies.

Fusion, traditional music with Western instrumentation to revitalize and re-popularize Bengali music. Joler Gaan and Lampost are one of the best popular Fusion bands in Bangladesh.