The Nineteenth Amendment (Amendment XIX) to the United States Constitution prohibits any United States citizen from being denied the right to vote on the basis of sex. It was ratified on August 18, 1920. Until the 1910s, most states disenfranchised women. The amendment was the culmination of the women's suffrage movement in the United States, which fought at both state and national levels to achieve the vote. It effectively overruled Minor v. Happersett, in which a unanimous Supreme Court ruled that the Fourteenth Amendment did not give women the right to vote.

The Nineteenth Amendment was first introduced in Congress in 1878 by Senator Aaron A. Sargent. Forty-one years later, in 1919, Congress approved the amendment and submitted it to the states for ratification. It was ratified by the requisite number of states a year later, with Tennessee's ratification being the final vote needed to add the amendment to the Constitution. In Leser v. Garnett (1922), the Supreme Court rejected claims that the amendment was unconstitutionally adopted.


Congress shall have power to enforce this article by appropriate legislation. 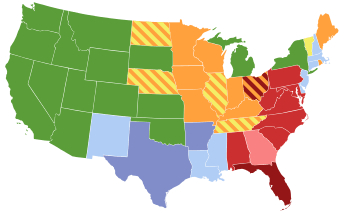 The United States Constitution, adopted in 1789, left the boundaries of suffrage undefined. The only directly elected body created by the original Constitution was the House of Representatives, for which voter qualifications were explicitly delegated to the individual states.[3] At that time, all states denied voting rights to women (with the exception of New Jersey, which initially carried women's suffrage but revoked it in 1807).

While scattered movements and organizations dedicated to women's rights existed previously, the 1848 Seneca Falls Convention in New York is traditionally held as the start of the American women's rights movement. Suffrage was not a focus of the convention, however, and its advancement was minimal in the decades preceding the Civil War. While suffrage bills were introduced into most state legislatures during this period, they were generally disregarded and few came to a vote.[4]

The women's suffrage movement took hold after the Civil War, during the Reconstruction Era (1865–1877). During this period, women's rights leaders advocated for inclusion of universal suffrage as a civil right in the Reconstruction amendments (the Thirteenth, Fourteenth, and Fifteenth Amendments). Despite their efforts, these amendments did nothing to promote women's suffrage.[5][6] Section 2 of the Fourteenth Amendment explicitly discriminated between men and women by penalizing states who deprived adult male citizens of the vote, but not for denying the vote to adult female citizens.[7] In Minor v. Happersett, 88 U.S. 162 (1875), the U.S. Supreme Court ruled that the Privileges or Immunities Clause of the Fourteenth Amendment did not provide or protect a right to vote to women.

Continued settlement of the western frontier, along with the establishment of territorial constitutions, allowed the issue to be raised continually at the state level. Through the activism of suffrage organizations and independent political parties, women's suffrage was established in the newly formed constitutions of Wyoming Territory (1869), Utah (1870), and Washington Territory (1883).[6] Existing state legislatures began to consider suffrage bills, and several even held voter referenda, but they were unsuccessful.[8] Efforts at the national level persisted through a strategy of congressional testimony, petitioning, and lobbying.[9]

There were several attempts to amend the Constitution, prior to the adoption of the Nineteenth Amendment, to grant universal and limited suffrage to women. One of the attempts, the "Petition for Universal Suffrage", signed by Elizabeth Cady Stanton and Susan B. Anthony, among others, called for a Constitutional amendment to "prohibit the several states from disenfranchising any of their citizens on the ground of sex" in 1865.[10] In another attempt, an amendment proposed in the House of Representatives called for limited suffrage for women who were spinsters or widows and owned property in 1888.[11]

Two rival organizations, the National Woman Suffrage Association (NWSA) and the American Woman Suffrage Association (AWSA), were formed in 1869.[5] The NWSA, led by suffrage leaders Elizabeth Cady Stanton and Susan B. Anthony, attempted several unsuccessful court challenges in the mid-1870s.[8] Their legal case, known as the New Departure strategy, was that the Fourteenth Amendment (granting universal citizenship) and Fifteenth Amendment (granting the vote irrespective of race) together served to guarantee voting rights to women. Three Supreme Court decisions from 1873 to 1875 rejected this argument, so these groups shifted to advocating for a new constitutional amendment.[12] 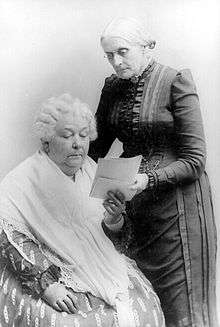 The Nineteenth Amendment is identical to the Fifteenth Amendment, except that the Nineteenth prohibits the denial of suffrage because of sex and the Fifteenth because of "race, color, or previous condition of servitude".[13] Colloquially known as the "Anthony Amendment", it was first introduced in the Senate by Republican Senator Aaron A. Sargent of California. Sargent, who had met and befriended Anthony on a train ride in 1872, was a dedicated women's suffrage advocate. He had frequently attempted to insert women's suffrage provisions into unrelated bills, but did not formally introduce a constitutional amendment until January 1878.[14] Stanton and other women testified before the Senate in support of the amendment.[15] The proposal sat in a committee until it was considered by the full Senate and rejected in a 16 to 34 vote in 1887.[16]

A three-decade period known as "the doldrums" followed, during which the amendment was not considered by Congress and the women's suffrage movement achieved few victories.[17][18] During this period, the suffragists pressed for the right to vote in the laws of individual states and territories while retaining the goal of federal recognition.[16] A flurry of activity began in 1910 and 1911 with surprise successes in Washington and California.[17] Over the next few years, most western states passed legislation or voter referenda enacting full or partial suffrage for women.[19] These successes were linked to the 1912 election, which saw the rise of the Progressive and Socialist parties, as well as the election of Democratic President Woodrow Wilson.[17][18] Not until 1914 was the constitutional amendment again considered by the Senate, where it was again rejected.[16]

Carrie Chapman Catt was instrumental in the final push to gain ratification of the Nineteenth Amendment. In 1900, she succeeded Susan B. Anthony as the president of the National American Woman Suffrage Association (NAWSA). Starting in 1915, Catt revitalized NAWSA and led a successful campaign in New York to achieve state-level suffrage in 1917. When the U.S. entered World War I, Catt made the controversial decision to support the war effort, despite the widespread pacifist sentiment of many of her colleagues and supporters.[20] NAWSA women's work to aid the war effort turned them into highly visible symbols of nationalism.

The republican work of NAWSA stood in contrast to the more radical and aggressive tactics of the National Woman's Party (NWP) led by Alice Paul and Lucy Burns. In 1917, the NWP staged controversial demonstrations in Washington, D.C. to draw attention away from the war and back to women’s suffrage. Catt was successful in turning NAWSA into a patriotic organization, entirely separate from the NWP, and was rewarded when President Wilson spoke out in favor of women's suffrage in his 1918 State of the Union address before Congress.[21] 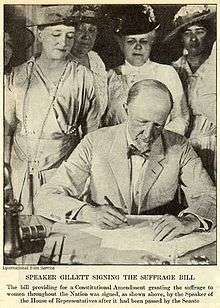 Another proposal was brought before the House on January 10, 1918. During the previous evening, President Wilson made a strong and widely published appeal to the House to pass the amendment. It was passed by the required two-thirds of the House, with only one vote to spare. The vote was then carried into the Senate. Wilson again made an appeal, but on September 30, 1918, the proposal fell two votes short of passage. On February 10, 1919, it was again voted upon and failed by only one vote.

There was considerable desire among politicians of both parties to have the proposal made part of the Constitution before the 1920 general elections, so the President called a special session of the Congress so the proposal would be brought before the House again. On May 21, 1919, it passed the House, 42 votes more than necessary being obtained. On June 4, 1919, it was brought before the Senate and, after a long discussion, it was passed with 56 ayes and 25 nays. Within a few days, Illinois, Wisconsin, and Michigan ratified the amendment, their legislatures being in session. Other states followed suit at a regular pace, until the amendment had been ratified by 35 of the necessary 36 state legislatures. Much of the opposition to the amendment came from Southern Democrats, a trend which remained consistent with Tennessee as the last state to pass the amendment, during a special session right before the ratification period was to expire.[21] On August 18, 1920, Tennessee narrowly approved the Nineteenth Amendment, with 50 of 99 members of the Tennessee House of Representatives voting yes.[22] This provided the final ratification necessary to add the amendment to the Constitution.[23] 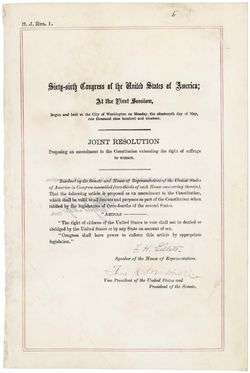 Nineteenth Amendment in the National Archives

The Congress proposed the Nineteenth Amendment on June 4, 1919, and the following states ratified the amendment.[24][25]

Ratification was completed on August 18, 1920, and the following states subsequently ratified the amendment:

Alaska and Hawaii have never ratified the Nineteenth Amendment; they were not states when it was ratified. 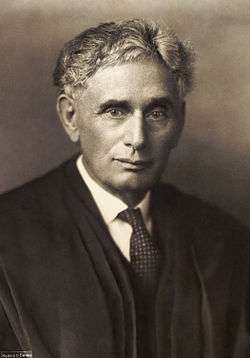 Oscar Leser sued to stop two women registered to vote in Baltimore, Maryland, because he believed that the Maryland Constitution limited the suffrage to men and the Maryland legislature had refused to vote to ratify the Nineteenth Amendment. Two months before, the federal government had proclaimed the amendment incorporated into the Constitution on August 26, 1920.[28]

First, Leser said the amendment "destroyed State autonomy" because it increased Maryland's electorate without the state's consent. The Court answered that the Nineteenth Amendment was worded like the Fifteenth Amendment, which had expanded state electorates without regard to race for over 50 years by that time despite being rejected by six states, including Maryland.[27][28]

Second, Leser claimed that the state constitutions in some ratifying states did not allow their legislatures to ratify. The Court replied that state ratification was a federal function which came from Article V of the Constitution and so is not subject to limitations by a state constitution.[28]

Thus, the two women were permitted to be registered to vote in Baltimore.[28]

According to political scientists J. Kevin Corder and Christina Wolbrecht, few women turned out to vote in the first elections after they got the right to do so. In 1920, just 36% of eligible women turned out to vote (compared with 68% of men).[31][32] The low turnout was partly due to other barriers to voting, such as literacy tests, long residency requirements and poll taxes. Inexperience with voting and persistent beliefs that voting was inappropriate for women may also have kept turnout low.[31][32] The gap was lowest between men and women in states that were swing states at the time, such as Missouri and Kentucky, and where barriers to voting were lower.[31][32]