Royal Academies for Science and the Arts of Belgium

The Royal Academies for Science and the Arts of Belgium (RASAB) is an association which promotes and organises science and the arts in Belgium by coordinating the national and international activities of its constituent academies such as the National Scientific Committees and the representation of Belgium in international scientific organisations.[1]

The association is headquartered in the buildings of the former Royal Stables at the Academy Palace, Hertogsstraat 1 Rue Ducale B-1000 Brussels.[2] 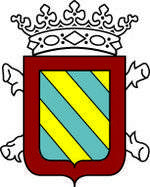 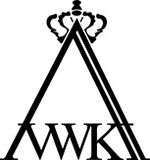 RASAB was founded in 2001 by the two Belgian academies which are connected through their working language either to the Flemish community or to the French community of Belgium as a collaborative association with the aim of promoting the science and the arts on a national and international level in Belgium.[3][4] To meet this demand, the academies organise scientific and cultural activities, they try to stimulate cooperation between universities in Belgium, they assure Belgian representation in international organisations and forums, they attract foreign researchers, they give recommendations and advice to institutions involved in government, industry, education and research, and they give prizes to talented researchers and artists.

The Belgian academies are successor institutions to the Imperial and Royal Academy of Brussels established in 1772 by Georg Adam, Prince of Starhemberg, minister plenipotentiary of the Austrian Netherlands during the reign of Habsburg Empress Maria Theresa.[5]

RASAB has the following responsibilities and duties:

The articles of RASAB were published in the Belgian Official Journal from the 19th of April 2001. The association is headquartered in the former stables of the Palace of Academies in Brussels, nearby the Royal Palace and the Warandepark.

The conditions for the foundation of a National Committee is the existence of an international scientific union which is a member of ICSU or a member of a scientific institution of ICSU (scientific committees, special committees,...) in the same scientific discipline.

All European Academies (ALLEA) is the European Federation of National Academies of Sciences and Humanities. Currently, there are 53 Academies from 40 European countries in this federation.

The goals of ALLEA are:

The European Academies Science Advisory Council (EASAC) is formed by the National Academies of the European Union's Member States.

EASAC provides a cooperation between the Academies with the aim of providing scientific advice to the European policy makers. In that way, EASAC makes it possible for the European scientists to be heard as one voice.

In this way, EASAC has the opportunity to fulfil the vision of the Academies, namely that science plays a key role in many aspects of modern life and the recognition of this scientific aspect is a prerequisite for wise political decisions. This vision is part of the foundation of many National Academies. Given the increasing role of the European Union in the political arena, the National Academies acknowledge that the scope of their advisory tasks must exceed the national borders and that it's important not to lose sight of the European level.

Since April 2010, the official contact for EASAC in Brussels is RASAB's liaison office. There is an intense cooperation between RASAB and the secretariat and board of EASAC.

The Belgian Academies have the advantage of being located in the heart of Brussels, at walking distance from the European institutions. Given the context a liaison office was founded within RASAB, which makes sure that the advice from the Belgian as well as the European academies are heard by the European policy makers.

The office has the following responsibilities and duties:

InterAcademy Panel (IAP) is a worldwide network of National Academies of Science. The Panel was founded in 1993.

The main objective is to promote the cooperation between its Member Academies and to give advice to its citizens and their governments when it comes to scientific aspects of worldwide concerns.

IAP especially focuses on helping out the smaller and younger Academies to obtain these objectives. All Academies will be more efficient when it comes to increasing their influence and spreading their advise and warnings amongst their citizens and politicians through communication connections and networks created by the IAP-activities.

De International Human Rights Network (IHR) of Academies and Scholarly Societies helps scientists, engineers and physicians all over the world who are victims of severe repression, just because of the nonviolent use of their rights as described in the Universal Declaration of Human Rights.

The UAI works to promote the advancement of knowledge, development of scientific exchanges and initiatives of its academies. The increasing number of projects, by its willingness to accommodate more members of academies, the International Academic Union and aims to represent the principle of excellence which animates it.