The Scuola Normale, together with the University of Pisa and Sant'Anna School of Advanced Studies, is a part of the Pisa University System. It is one of the three officially sanctioned special-statute public universities in Italy, being part of the process of Superior Graduate School in Italy (grandes écoles),[1] or Scuola Superiore Universitaria.[2]

According to the World University Ranking 2016 made by the Times, Normale is considered to be the best university in Italy and one among the best 50 in Europe.[3] 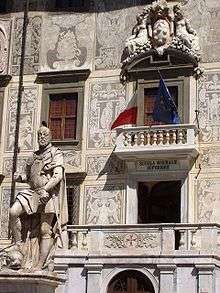 A detail of the main building, Palazzo della Carovana

The Scuola Normale Superiore was founded in 1810 by Napoleonic decree, as twin institution of the École Normale Supérieure in Paris, itself dating back to the French Revolution jurisdiction.

The Decree of Foundation

Napoleon I rethought the project of an école normale in 1808, by establishing a hall of residence in Paris to house young students and train them in the art of teaching the humanities and sciences. The project was replicated in Tuscany by a decree dated 18 October 1810, with the foundation in Pisa, seat of one of the Imperial University Academies, of a branch of the École Normale Supérieure of Paris, called the Scuola Normale Superiore.[4][6] 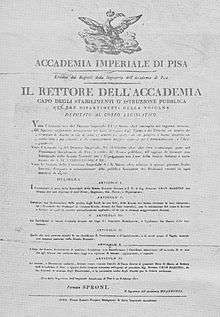 The first statute of the Scuola Normale Superiore

When, in 1814, Ferdinand III, Grand Duke of Tuscany returned to Tuscany, the project of a Scuola Normale in Pisa ceased. Only at the beginning of the 1840s, in connection with the university reform of 1839-1841, was the project resumed. The question was combined with the proposals of resumption of the educational activities of the ancient Order of Saint Stephen, whose main premises were within the Palazzo della Carovana in Pisa. On 28 November 1846, a grand-ducal motu proprio founded a Tuscan Scuola Normale in Pisa (also referred to as the Imperial Royal Scuola Normale, since it was linked to the Austrian system), with both theoretical and practical aims, under the patronage of the Order of Saint Stephen, but depending on the University of Pisa.[4][7]

In 1863, was appointed a new Director of the Scuola Normale, the respected Pasquale Villari. Villari left the Scuola in 1865, and his place was taken by the mathematician Enrico Betti; from 1890 to 1900, the position of Director was filled by literature historian Alessandro d'Ancona, and from 1900 to 1918 by the mathematician Ulisse Dini. The new regulations, issued by Minister Michele Coppino in 1877, reviewed and simplified the internal study regulations and equalized, from an organizational point of view.[4][7]

The philosopher Giovanni Gentile was placed at the head of the Scuola Normale as commissioner in 1928 and as director in 1932. He expended the premises of the Scuola Normale, Palazzo dei Cavalieri, and also promulgated a new statute in 1932, which recognized the Scuola Normale as an advanced education institute with "a legal status and administrative, educational and disciplinary autonomy", insuring autonomy from the University of Pisa. Further, he reformed the Scuola, gave it formal autonomy and sought an expansion to other disciplines, with the creation of the Collegio Mussolini per le Scienze Corporative (1931) and the Collegio Nazionale Medico (1932). The new colleges were later merged in the Collegio Medico-Giuridico,[8] which continued to operate (in the fields of law and medicine) under the jurisdiction of the Scuola Normale Superiore di Pisa.[6][7][9][10][11][12]

During the post-war period, there were many practical difficulties; however, besides the restoration of Palazzo dei Cavalieri. Scuola Normale in 1951, established the Antonio Pacinotti boarding school, reserved to students of the faculties of Agriculture, Economics and Engineering, with plans to be further opened to other faculties as well. In 1967 the Scuola Superiore di Studi Universitari e Perfezionamento merged the Scuola per le Scienze Applicate A. Pacinotti (founded in 1951) and the Collegio Medico-Giuridico forming the Sant'Anna School of Advanced Studies. The new institution, while still committed to the model established by the Scuola Normale Superiore di Pisa, was administered by the University of Pisa. In 1987 Sant'Anna School of Advanced Studies acquired complete independence (Law of 14 February 1987, No.41)[13][14] and maintains strong ties with both the Scuola Normale Superiore di Pisa and the University of Pisa creating the Pisa University System.[6][7][9][10][11][12]

Over time, the Scuola Normale has increasingly opened up to society, and while remaining an elite institute, has offered its cultural activities and heritage to an ever-wider audience. Also, thanks to the law of 18 June 1986, which granted the Diploma di Perfezionamento equivalent to Doctor of Philosophy,[15][16] the Scuola Normale has been given separate university status by the Ministry of Education, Universities and Research, together with Sant'Anna School of Advanced Studies leading the model of Scuole di Eccellenza (Schools of Excellence or Superior Graduate Schools in Italy)[1][17] or Scuola Superiore Universitaria.[2]

The educational programs at the Scuola Normale are divided into two levels: Undergraduate and Doctoral. The undergraduate program corresponds to the 1st-cycle (Bachelor) and 2nd-cycle (Postgraduate) programs provided by Italian universities.

In 1927, in addition to the undergraduate program, the Scuola Normale was the first institution in Italy to create a doctoral program (PhD) (Italian: Corsi di Perfezionamento),[15] equivalent to the PhD introduced in other Italian universities in 1980, 3rd cycle degrees as predicted by the Bologna Process. Moreover, every year the Scuola Normale announces competitions for post-doctoral grants: the grantee works in close contact with the best Italian and foreign professors within the laboratories and research centers of the Scuola Normale and has the opportunity to collaborate with the most important and prestigious institutions, both Italian and international. 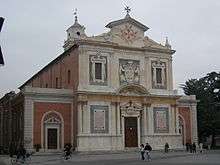 Church of the Knights of Order of Saint Stephen

The Scuola Normale is located in its original historical building, called Palazzo della Carovana, in Piazza dei Cavalieri, in the medieval centre of Pisa.

The Scuola Normale offers classes in both humanities and sciences.

The Faculty of Arts is organized into five disciplinary areas:

The Faculty of Sciences is organized into five disciplinary areas:

In order to become a student at the Scuola Normale, or normalista, the candidate must pass an extremely selective admissions exam. There are only sixty candidates admitted out of nearly 1000 applicants on average every year, which is only 6% admission rate. The exam comprises questions covering the entire chosen field of study. The normalisti receive free housing, free lunches and dinners, and a monthly stipend.

The Scuola does not have a full programme of undergraduate and graduate studies; instead, the students follow the ordinary courses at the public University of Pisa, and complement them with additional classes and seminars taught by the professors of the Scuola Normale. The normalisti are required to score high marks in their exams at the public university (average marks of at least 27/30 and no mark below 24/30) in order to maintain their scholarship. The PhD programme, instead, is separate and completely independent of the degrees at the University of Pisa. The PhD course is called corso di perfezionamento, and the students are called perfezionandi. The perfezionamento, instituted in 1927, is much older than the PhD programme of the Italian public university, instituted in 1980.

According to Scuola Normale regulations, in order to be admitted to the next academic year and remain a student of the Scuola Normale, undergraduate students must maintain annual average marks of at least 27/30, and no single mark lower than 24/30 for the studies carried out at the University of Pisa.[4]

The undergraduate programs offered are:[18]

The postgraduate programmes offered are:[19]

Scuola Normale Superiore di Pisa was the first institution in Italy, in 1927, to create a doctoral programme, under the original name Diploma di Perfezionamento.[4][20] Research doctorates (Italian: Dottorato di ricerca) in Italy were later introduced in 1980.[21][22][23]

The Scuola Normale is part of a highly qualified university and research institution network. In addition to the University of Pisa and the Sant'Anna School of Advanced Studies, the Scuola Normale actively collaborates with the National Research Council (Consiglio Nazionale delle Ricerche, CNR), whose largest research center is located in Pisa.

An extremely significant aspect of the Scuola Normale is the intertwining of education and research, which is a peculiar feature of both undergraduate and doctoral programs.[30][31]

The Library was founded along with the Scuola Normale and has gradually expanded to a size of more than 800,000 volumes and 4,000 periodicals, while always guaranteeing open access. Today it is the largest open-shelf library in Italy and one of the largest in Europe and in the world. 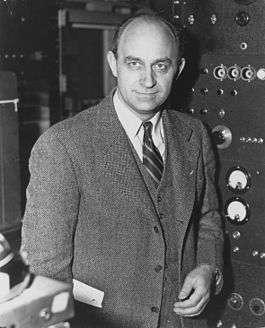 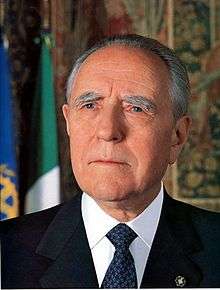 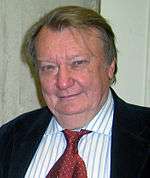 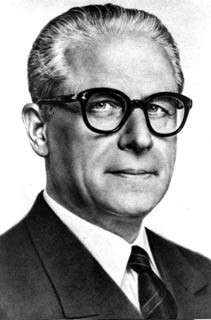 Notable alumni and faculty of the Scuola Normale include:[45][46]