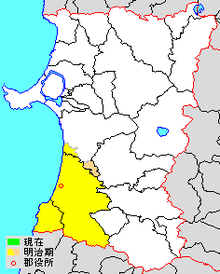 On October 1, 2005, the towns of Kisakata, Konoura and Nikaho were merged to create the city of Nikaho. Therefore, Yuri District was dissolved as a result of this merger. 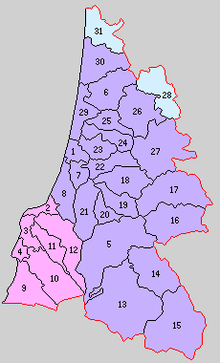 With the establishment of the municipality system on December 23, 1878, Yuri District, with three towns (Honjō, Kameda and Yashima) and 28 villages was established.

This article is issued from Wikipedia - version of the 3/3/2014. The text is available under the Creative Commons Attribution/Share Alike but additional terms may apply for the media files.