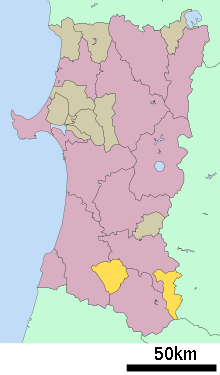 The area of Ogachi Distinct was formerly part of Dewa Province, which was divided into the provinces of Ugo Province and Uzen Province following the Meiji restoration on January 19, 1869, with the area of Ogachi becoming part of Ugo Province. At the time, the area consisted of two towns and 53 villages formerly under the control of Kubota Domain and 33 villages formerly under the control of Iwasaki Domain, with one village formerly shared between the two domains. Akita Prefecture was founded on December 13, 1871.

With the establishment of the municipality system on December 23, 1878, Ogachi District, with two towns (Yuzawa and Iwasaki) and 23 villages was established.

Following this merger the total area of the district became 434.32 km², and Ogachi District was left with only the town of Ugo, and village of Higashinaruse. 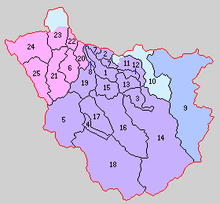